Rare 1963 Fairthorpe Electrina FOR SALE, one of only two survivors. 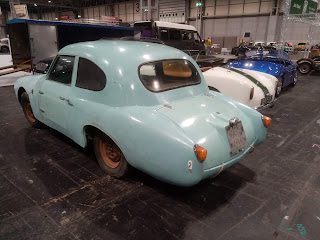 Due to several other ongoing Fairthorpe projects i have reluctantly decided to part with my 1963 Fairthorpe Electrina. It is complete but requires restoration as it hasn`t run for a number of years, the engine is a 948cc Triumph engine on twin SU carbs and it turns over by hand. I have the original style log book with the car which shows it as a one owner vehicle, a modern V5 will need applying for by the new owner. The car is very original having never been painted and is one of only two known survivors, this being by far the best of the two, the other is in in Hungary, it is believed that only six were originally produced by Fairthorpe between 1960 and 1963. Electrinas were offered with 948 or 1147cc Triumph or 997 or 1198cc Ford engines, it is eligible for the Swinging 60`s, HRDC Grand Touring Greats or their Allstars championship. This would make a very competitive car due to it`s light weight comparative to a steel bodied saloon or GT from the same period, no chance of seeing another on the grid either! 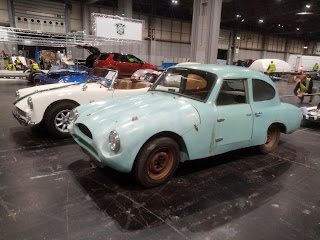