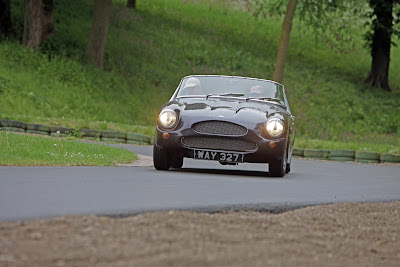 This weeks pictures were taken at the recent F.S.C.C meet up at the Classic car weekend at the Prescott Hillclimb. Some of you might recognise the registration number on the picture below as it was featured some months back on the blog but was then a bright Orange colour. Just to remind you WAY 327 is the trusty steed of Steve Colling who has owned her for many a year and has rebuilt her at least twice, once following a fire which virtually destroyed the car. Following several years in France which saw the car parked under a tree (not good for the paintwork) Steve decided it was time for a motor make over! Gone is the bright paint work and in it`s place is a tasteful dark Grey Metallic finish which turns it in to a Wolf in sheep's clothing as under the bonnet is a tuned 1600 Ford engine with high lift cam and Twin 40 Weber carbs. In a lightweight car like the Fairthorpe Steve has embarrassed many a hot hatch at the lights :¬) 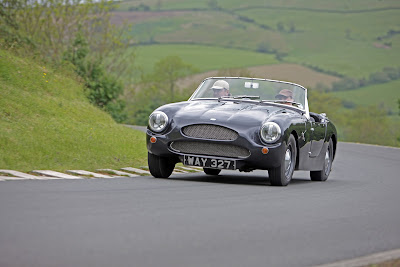 The second car pictured belongs to Richard Holden who had a four hour drive from Leeds the day before to get to the event, he said it was well worth the trip. Richard`s car has a 1296cc Spitfire under the bonnet which he thinks has about 90BHP at the flywheel, the car was resprayed about 10 years ago but still looks great in it`s BRG finish. Both cars will hopefully be at the upcoming Silverstone Classic event on 23/24 July. 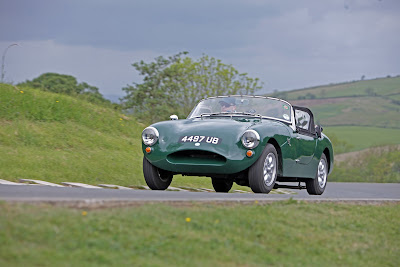 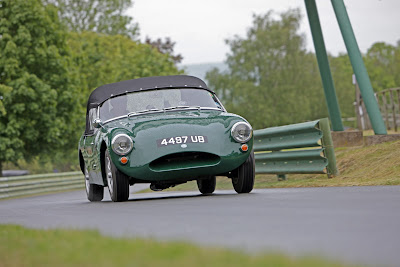 Posted by Martin Collins at 9:55 pm No comments: