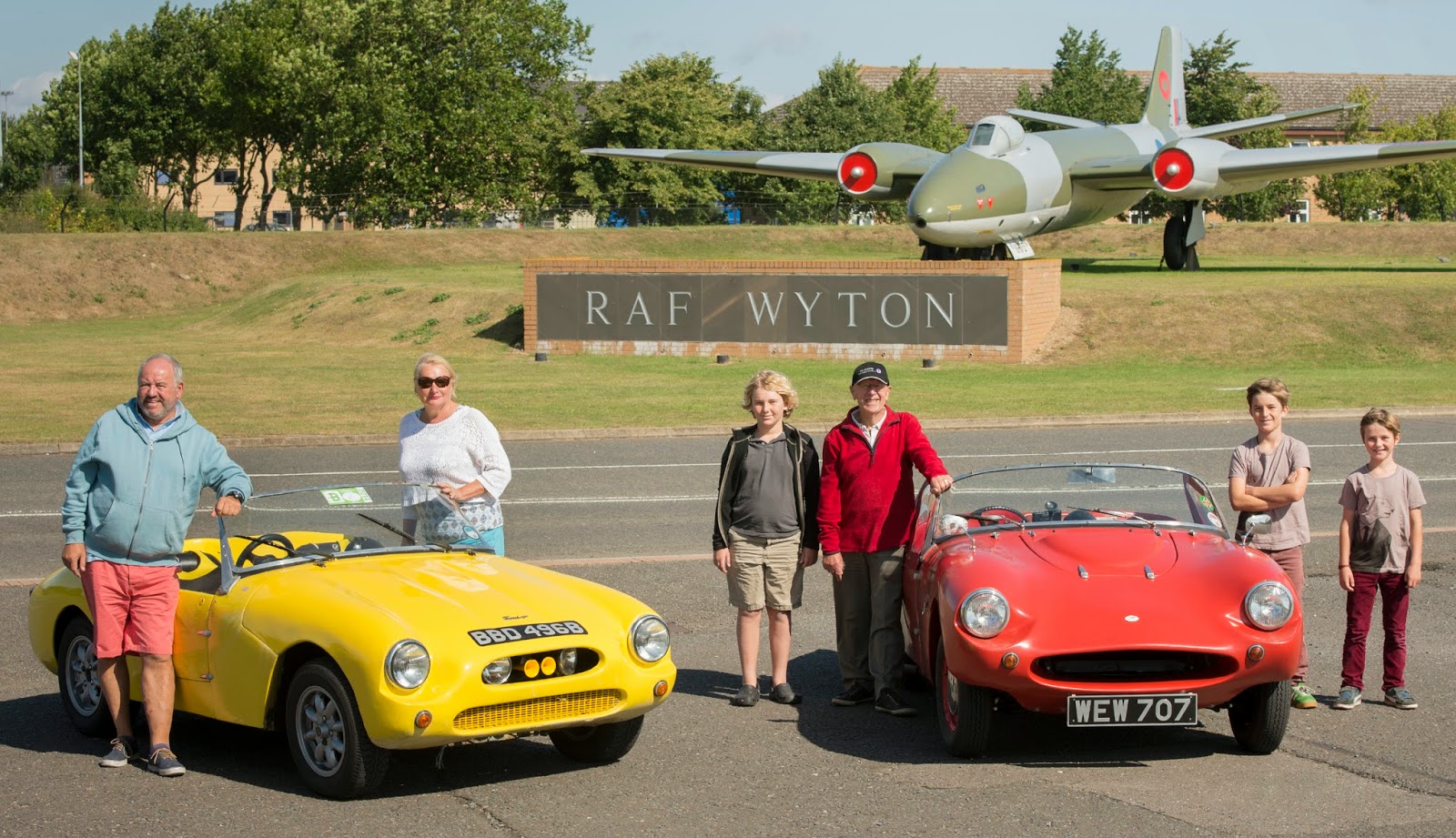 This years Fairthorpe Gathering was held at RAF Wyton in Cambridgeshire on August 3rd and was preceded on the Saturday by the Pathfinder Stations Tour. Many thanks to Bob Balding for organising the Stations Tour, 5 Fairthorpes convoying through the Cambridgeshire countryside between the now disused ex RAF bases was great fun to take part in. During the run we got caught by a very heavy downpour, it was amusing watching the different ways we all took to try and keep ourselves and the car interiors dry! 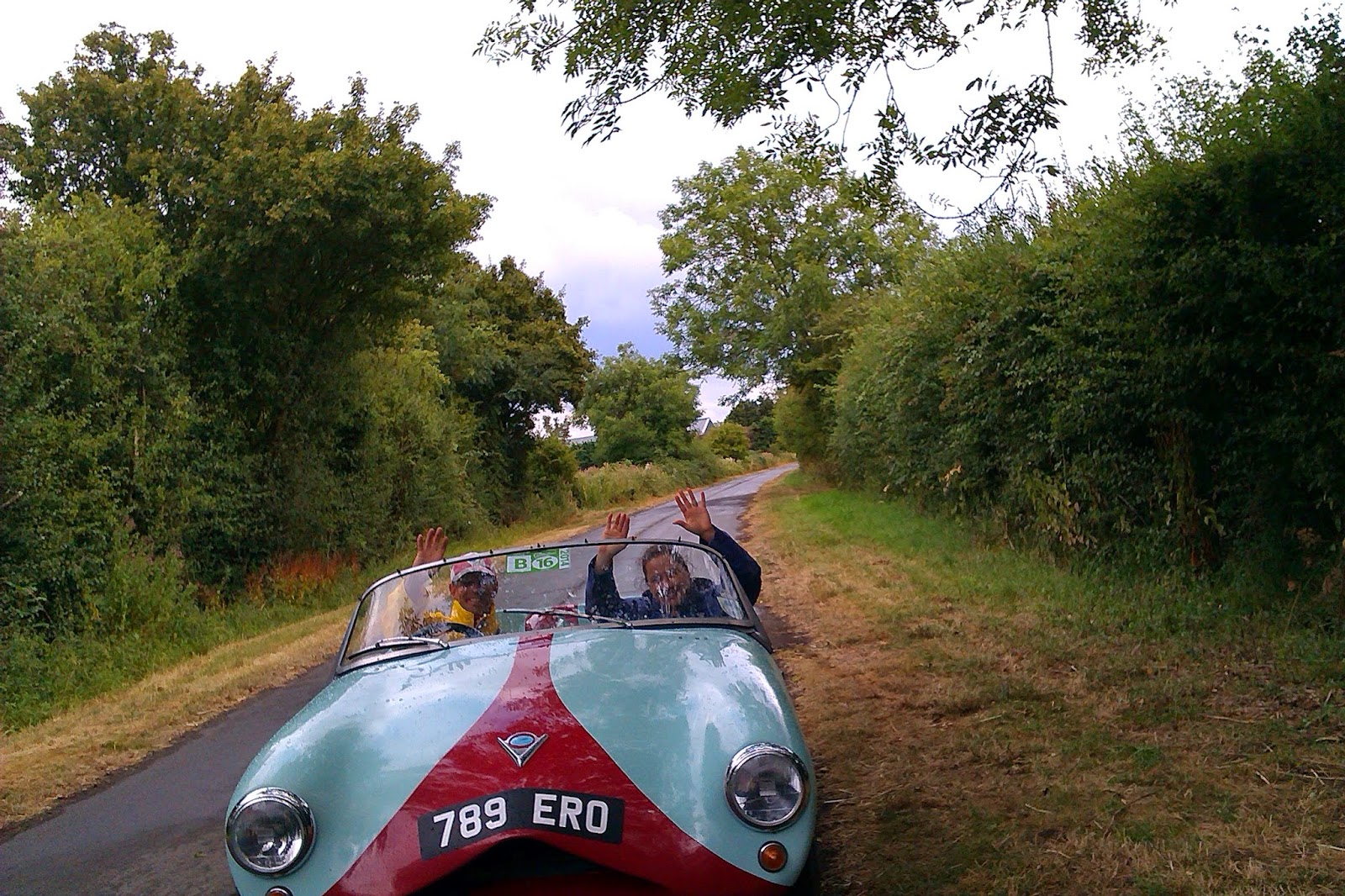 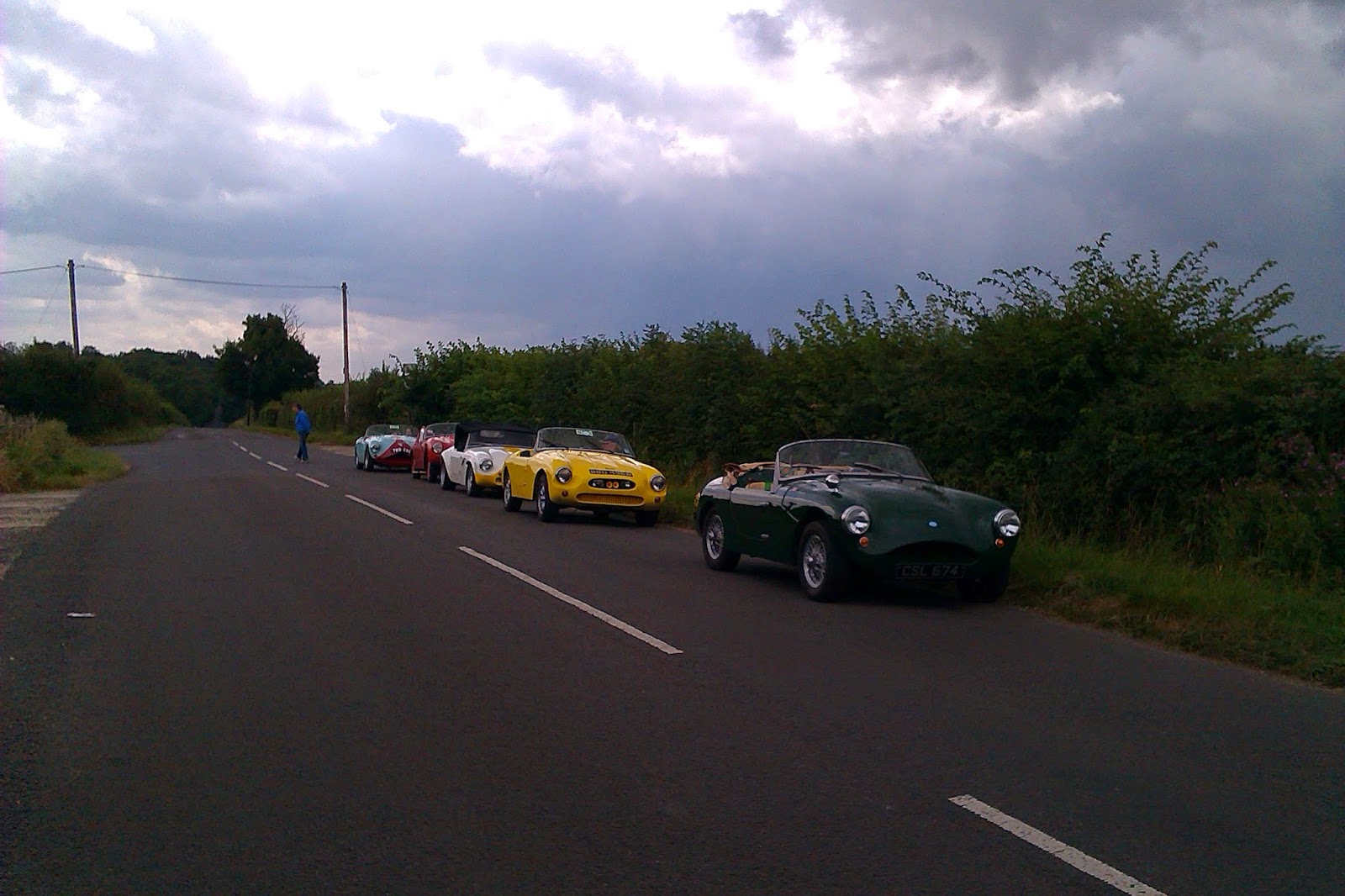 Sundays Gathering at the RAF Wyton Pathfinder Collection was by several accounts the best Gathering yet, with a very interesting talk and tour of the Museum followed by the usual mingle and chat amongst the assembled Fairthorpes. This year Ten cars attended, they belonged to in no particular order:- Brian Townsend, Barry Stock, Rob James, Steve Colling, Marcus Bradbury, Paul Wells, Brian Jackson, Bob Balding, Richard Holden and myself, honorary mention also to the very nice Marcos that also belonged to Paul Wells. There were also a number of other FSCC members present including our club President Barry Gibbs and one of our Patrons Noreen Cooper who is also a Patron of the Pathfinder Collection. The two trophies which are presented each year are the Frank Collins Memorial trophy for the best Fairthorpe as voted by those present and the John Green trophy for the furthest travelled Fairthorpe to the event. The latter trophy seems to be swapped each year between Richard Holden and Barry Stock and this year it was Barry`s turn having driven 246 miles from Ammanford, Wales to Wyton, Cambridgeshire, the trophy was presented by Noreen Cooper. The Best Fairthorpe award was very hotly contested with 8 votes for Richard Holden`s EM in third place and nine votes apiece for Steve Colling`s EM and my own 789, the trophy being presented by Audrey Collins. 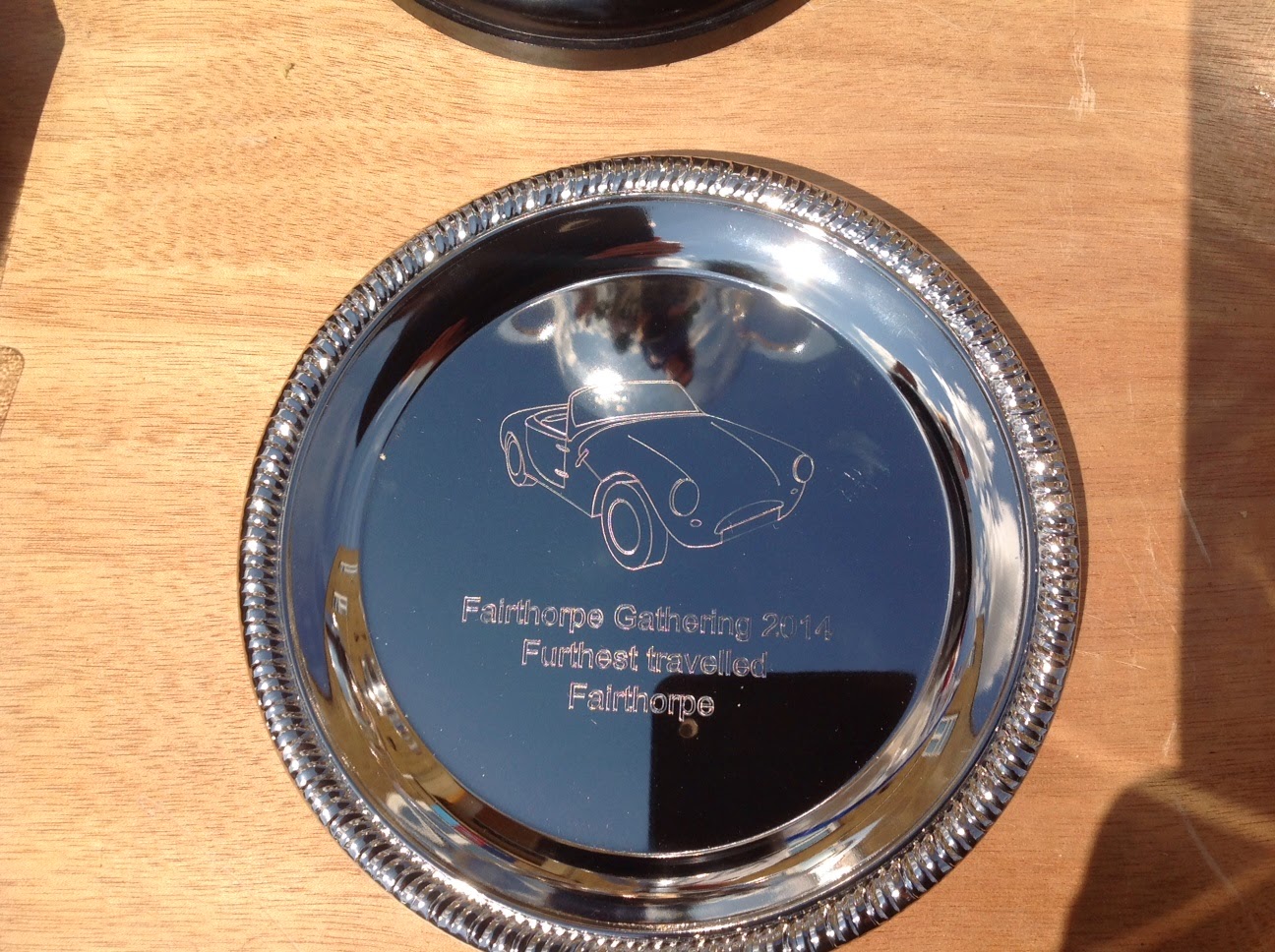 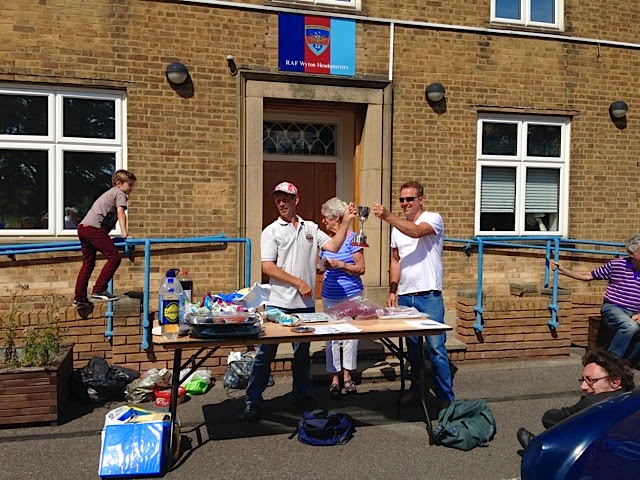 An arm wrestle for the trophy was quickly waved off and a good handshake was taken instead!
I would especially like to thank my wife Sarah for organising cakes and drinks to keep everyone fed and watered and many thanks to all of you that attended, with over 40 people on the day you all helped to make it a very memorable event. For those of you wondering, yes I did make it home ok, Barry Stock kindly provided a bottle of RadWeld which plugged the pin hole in 789`s header tank (thanks Barry). 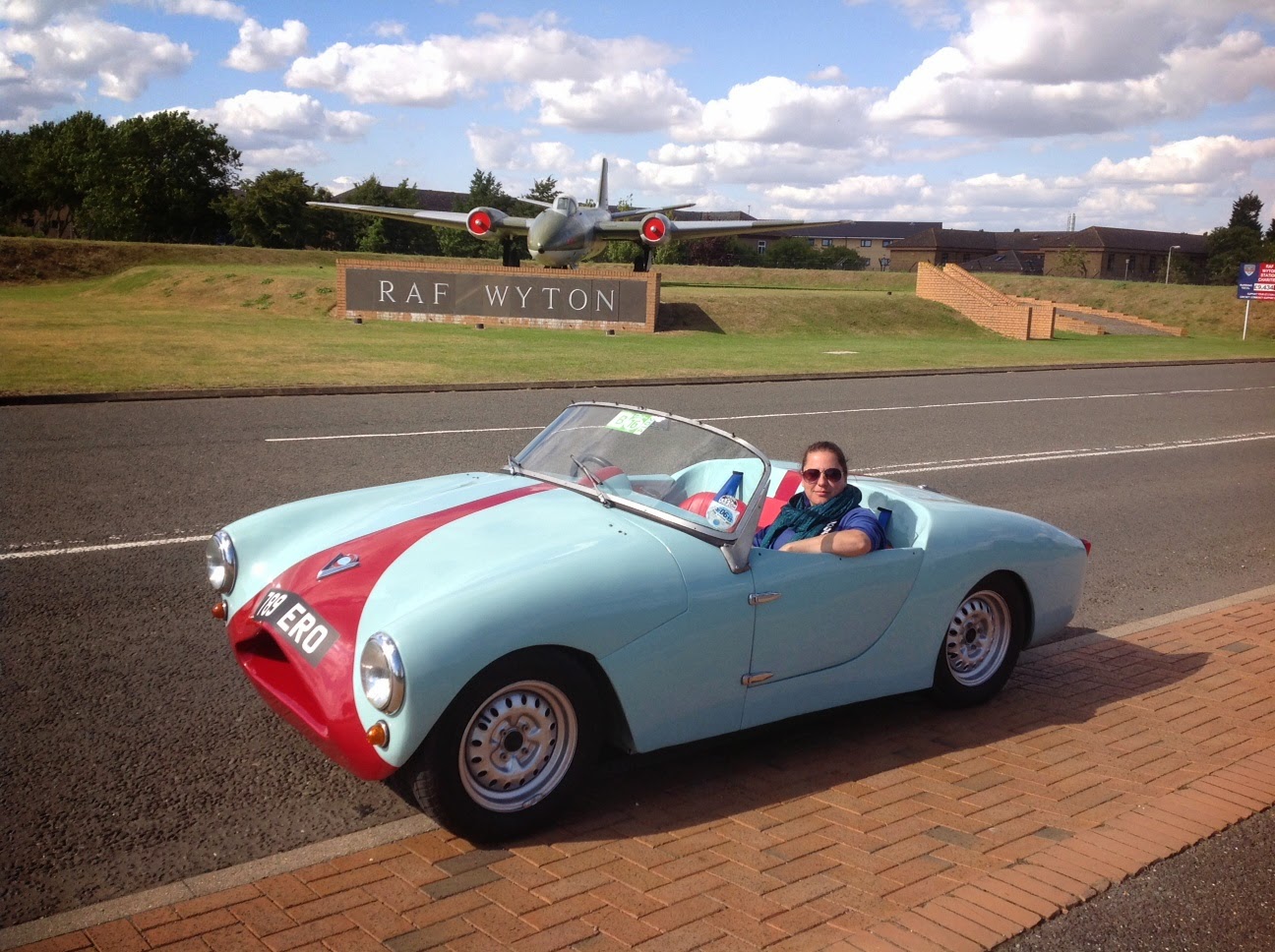 Many thanks to Lauren Colling, Brian Townsend and my wife Sarah for the pictures of the event shown here.
Posted by Martin Collins at 12:21 am No comments: