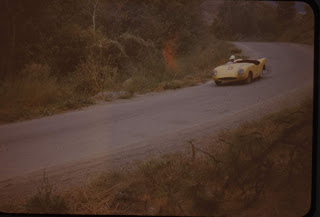 Arleigh Pilkey in the Electron at the 1957 Okanagan Hillclimb. 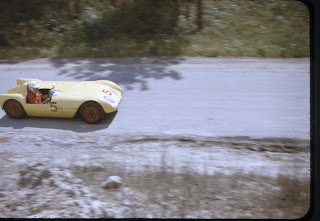 In 1957 Canadian Arleigh Pilkey purchased a new Fairthorpe Electron Climax from his friend Fred Leverington who was importing them from the UK, the car was an early one with the  Microplas body shape and round tube chassis. Arleigh intended to use the car for Hill Climb and race events, after the last meeting in 1957 the car was stripped, lightened and heavily modified for 1958, during which the car competed at the Okanagan Hillclimb, Westwood and a race circuit at Shepard Airport near Calgary. The car proved to be very fast on the 1100cc Coventry Climax engine with the lightened chassis, revised rear suspension and lightweight aluminium body that Arleigh had made, often out running much larger capacity cars. More about Arleigh`s racing history and his cars can be found here on page 8. http://www.vrcbc.ca/wp-content/uploads/VRCBC-Vantage-Spring-2010.pdf

An article on the car was published by Pit Pass magazine at the time which show thousands of lightening holes that were drilled for extra weight saving, i have copied them here to show how far it had evolved in those two years. 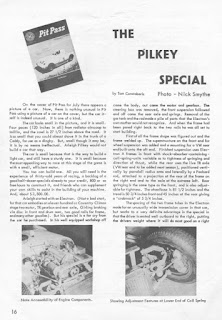 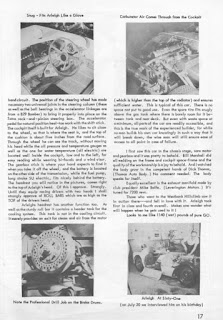 Eventually Arleigh sold the Special to Gene McMahon owner of the Corvette engined `The Beast`, McMahon was particularly impressed by the car when he couldn`t catch it with the power of a V8 under his right foot. The local Alberta racers named the car `The thing`, later on it was raced in the Winnipeg area as the Carter Climax Special and from there it competed in 1962 at the Parkland Races at the Hamlin circuit in North Battleford, Saskatchewan. There the trail of this 57 Electron Special goes cold until 2009, a question regarding a recently purchased unknown sports racer was made on a Canadian motor sports forum that produced several replies from people who had period pictures of the car. The Pilkey Climax Special had resurfaced, mostly complete apart from the valuable Climax engine and gearbox. The current owner is Derek Dewitt who had originally intended to fit a more modern power unit but has now i`m pleased to say purchased a Climax engine from the UK to go in the car when it is rebuilt. Derek has kindly given his permission for me to post his pictures of the Pilkey Special as bought, i look forward to seeing this intriguing machine rebuilt at some point in the future and hopefully i can post some pictures on here. I am sure some more history of this interesting Special will surface in the future, i am also indebted to fellow Fairthorpe enthusiast Frank Maine for coming up with the link to the Motorsports forum where the car reappeared. 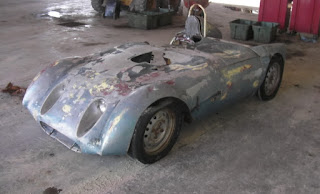 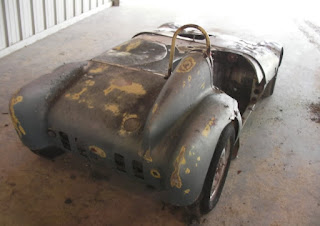 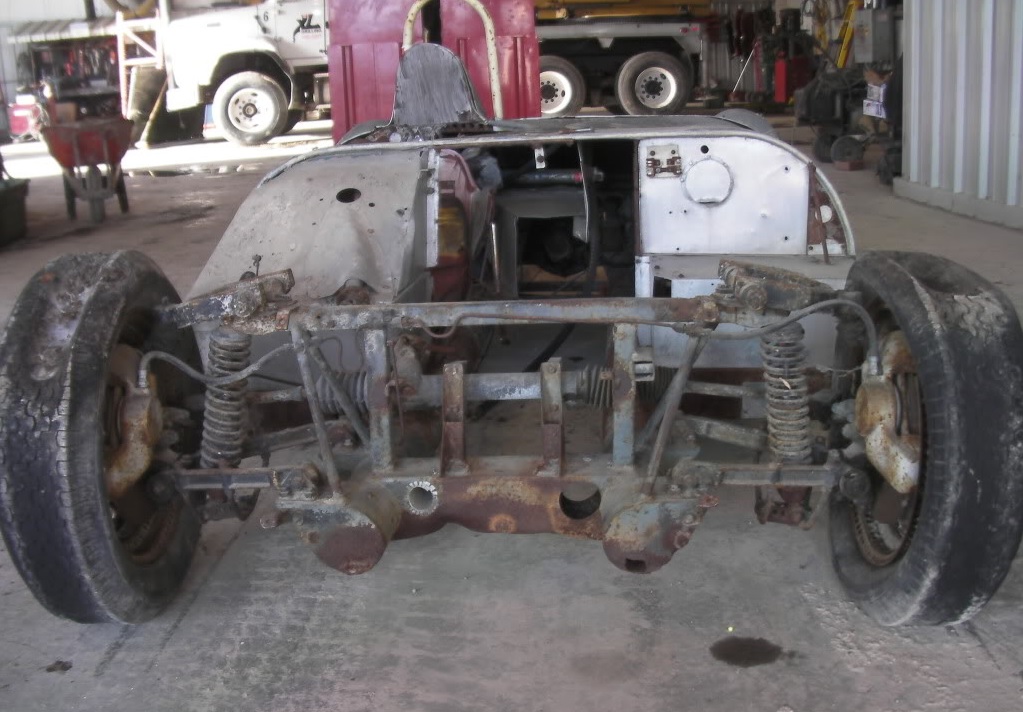 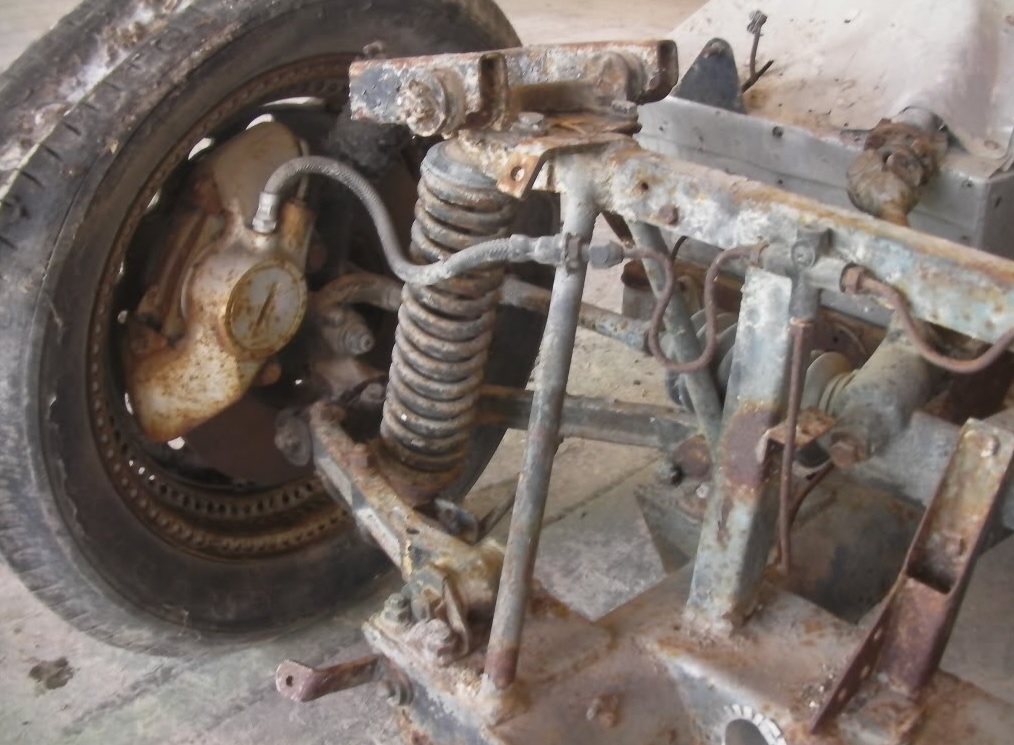 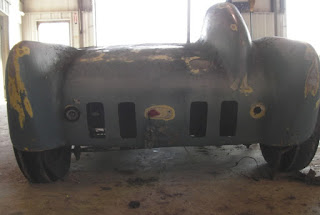 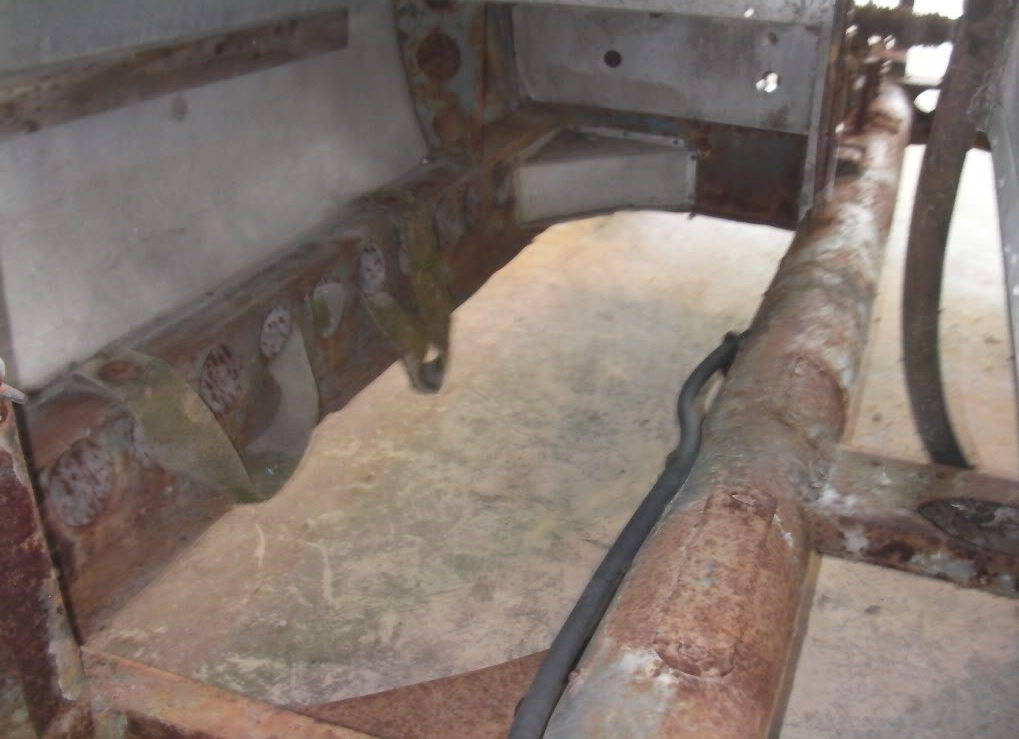 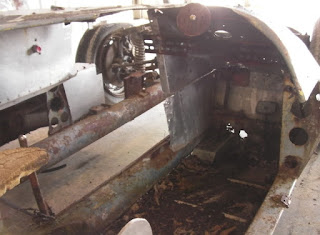 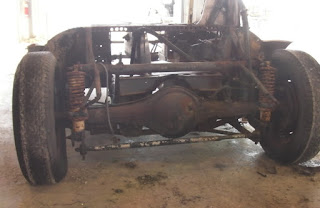 Posted by Martin Collins at 6:38 pm No comments:

Reconditioned gearbox for a 1960 Electron Minor. 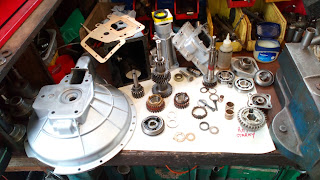 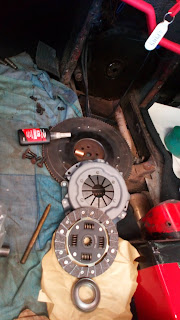 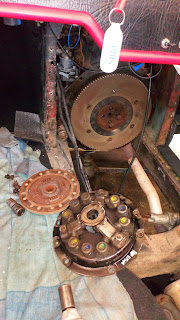 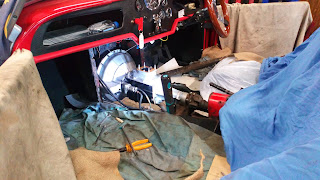 Reconditioned gearbox back in the Fairthorpe

FSCC club member Ray Starkey has recently had the gearbox removed, reconditioned and replaced in his 1960 EM HSV 270. due to a severe back problem Ray got the whole job done by Mike Papworth. The car went in on a Tuesday morning and it was all done by 3.00 pm the following day, Mike had worked till 10.00 pm on Tuesday evening to get it done.

The work done included supplying and fitting an Alloy bellhousing and fitting a later type 1300 Flywheel and diaphram type clutch as the car was fitted with a 1200 Herald gearbox on to it`s 1300cc engine and had the earlier flywheel and coil spring clutch type on it.. The new clutch assembly including thrust bearing and flywheel bush were completed by a new slave cylinder. Inside the gearbox a number of bearings and cogs were replaced as well as one of the shafts. The remote gear housing and rods were also replaced.

Total cost = box £500 including surcharge for extra bits used,
Removal + fitting £300,
clutch kit and slave £105
clutch arm with pin and bushes ,flywheel and crank bush £95
make that a round £1000
Mike also replaced some bolts and nuts as not correct within this pricing even gear stick was worn out!

Ray is well chuffed with the result and now has a silky smooth gearbox to enjoy on his trips out in the Fairthorpe.
Posted by Martin Collins at 3:01 pm No comments: