Another well known EM being resurrected 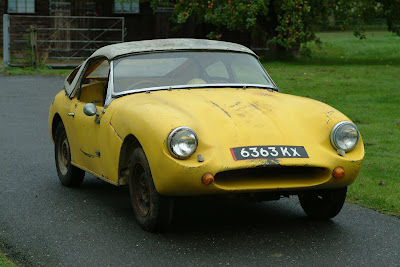 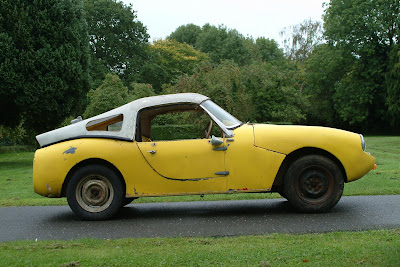 I recently had a phone call from Adrian Mancha who has owned his Electron Minor for 30 odd years and is only now getting around to restoring it to its former glory. Many of them seem to languish in a corner for 20 or 30 years before we get the urge to get our hands dirty! Adrian`s car has quite an interesting history in that it was built by Fairthorpe Sports Car Club founder Barry Gibbs, and is only one of four that had a modified kahm style tail fitted and, as far as I'm aware, is the only car with this style of tail still fitted. 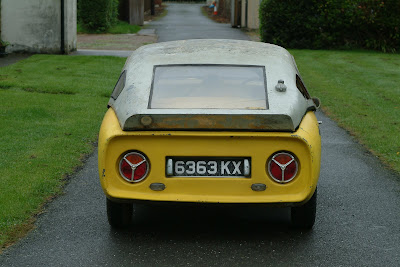 The modified tail was an after market modification which used the Cortina mk1`ban the bomb` tail lights to give a totally different look to the car. Barry had a tuned 1340 Ford Classic engine built by the ex-Fairthorpe works manager John Green, and mated it to an MGA 1500 gearbox which gave far greater performance than the 1147 Triumph engines which were fitted to most of the EMs at that time. Adrian informs me that the engine and box are still with the car, which will make it a fun drive once rebuilt. The car also has an interesting hardtop fitted which looks similar to those fitted to the Lenham Sprites; maybe it started life as one then being modified to suit, I hope to speak to Barry at some point in the New year and get a bit more background history to the car. 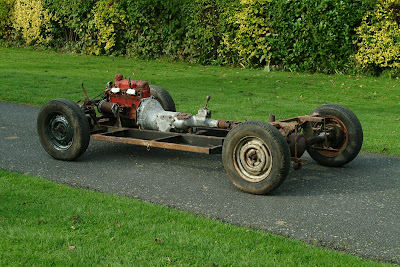 Adrian has removed the body and is replacing the siderails and beefing up the roll bar mounting points. Hopefully we could see the car out and about in 2011, and I`ll update this post once the car is nearer completion. Watch this space as they say!
Posted by Martin Collins at 6:50 pm No comments: