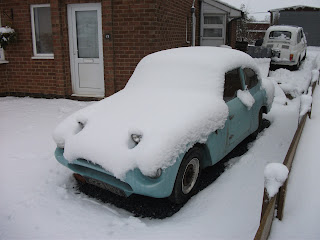 Electrina in the snow winter 2011

I`d like to wish you all a Happy Christmas and my best wishes for a good New Year.
If you own a Fairthorpe i hope your car brings you plenty of enjoyment in the coming 12 months and if you feel so inclined send me some details/pictures of your car for the blog.
All the best..........,Martin
Posted by Martin Collins at 9:59 pm No comments:

Testing times for a Fairthorpe! 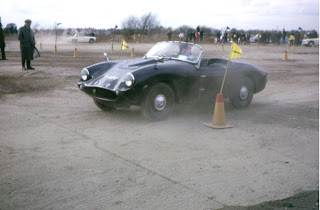 Here are a few more pictures that have been sent to me by Graham Butcher of his Electron Minor Mk1 which was registered 9 AXU, these show what a busy life the car led during his ownership. The pictures were taken of the Fairthorpe competing in Autotests and Autcross events in the mid to late 60`s. 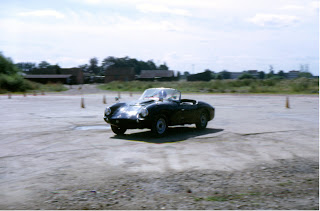 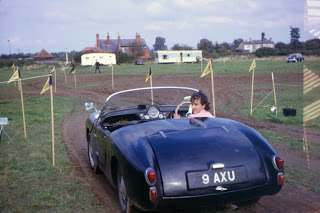 Posted by Martin Collins at 10:55 pm No comments: 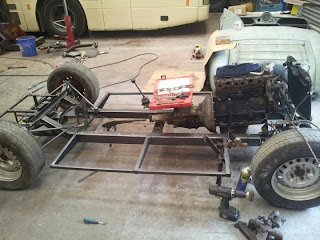 Many of you may have seen the `Wheels ` Fairthorpe movie on YouTube, http://www.youtube.com/watch?v=lkI65UZSbek this was made by John Hincks and his friend who filmed the construction of the car back in 1961. The car is an Electron Minor Mk2 with independent rear suspension and 948cc engine, it`s reg number is 867 UTJ. Eventually the car was laid up and fell into a state of disrepair and became a plaything for his children. John reluctantly parted with the car a few years ago, and it has recently been purchased by Marcus Bradbury who has started putting the by now dismantled car back together again. He has had the original engine running and even driven the car, it can be seen here  http://www.youtube.com/watch?v=Deyb45PGXnA, i love the `Wellie it comment`!
Marcus has now decided to fit a 1500 Spitfire engine and has painted and refurbed one to be put in the car which will certainly make it a bit more exciting to drive. He is taking his time with the restoration to make sure that John will be pleased with the final result, i am sure he is looking forward to taking a ride in the car he built 51 years ago. Hopefully Marcus will keep me updated with pictures and i will post them on here for you to see how he is getting on. 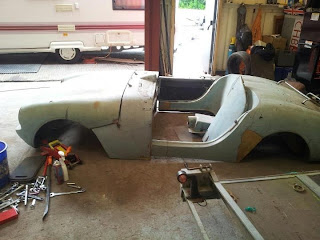 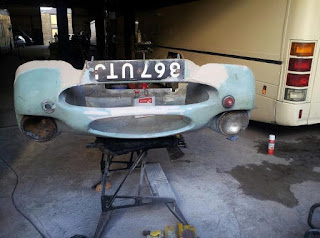 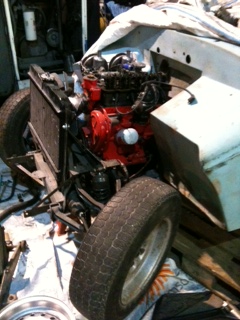 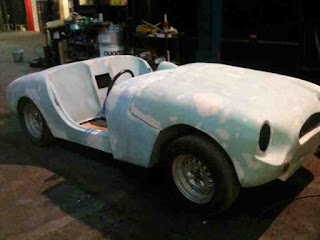 Posted by Martin Collins at 8:57 pm No comments: 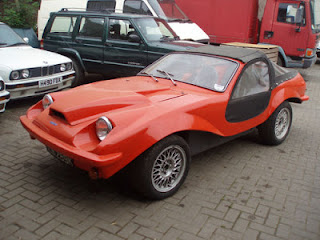 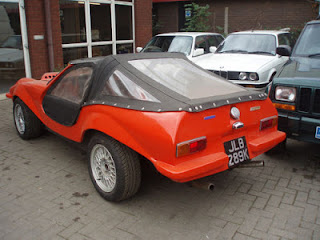 Posted by Martin Collins at 11:03 pm No comments:

Paul Wells has recently joined the Fairthorpe Sports Car club, his Fairthorpe is one with a long history within the club having been owned by former registrar Willie Simpson since new. The car was originally supplied to Willie as an Electrina, this was Fairthorpes 2+2 sports saloon with a roof, he used the car as daily transport during the week and at car events at weekends as can be seen in the pictures below, it was also taken abroad on the family holiday. 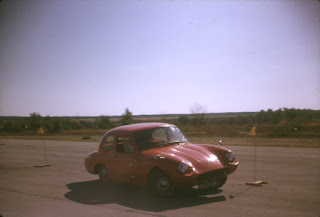 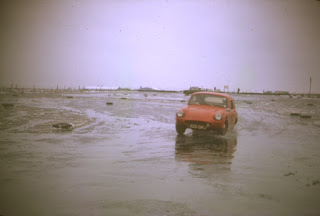 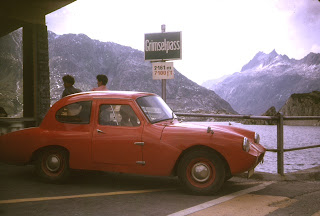 ﻿
﻿
﻿
The car was registered 920 GMJ and after several years use Willie decided he would prefer to have the car as a convertible so purchased another Fairthorpe and fitted the Electron Minor body shell on to his Electrina chassis and disposed of the original Electrina body.  Willie then continued to enjoy his car now with open top motoring and was a regular at most FSCC meetings over several decades. The car was finally laid up when Willies health started to fail, he sadly passed away in December 09.
His family retained the Fairthorpe until Paul purchased the car in July this year, the reg number has been retained by Willies son and the car has been re registered as 127 XUY, here is a picture taken when he collected the car. 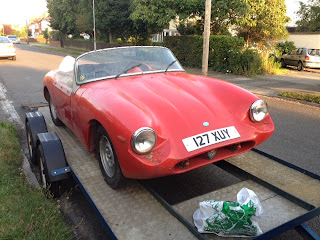 ﻿
﻿
Paul has done some rewiring and replaced the radiator and carburetor, the car now has a fresh MOT and has cleaned up well, he intends to use the car next year and says it is great fun to drive (all Fairthorpe owners will be nodding their heads at this point). We look forward to seeing the car again at club meetings Paul and use it as much as you can just as Willie did.﻿
Posted by Martin Collins at 11:41 pm No comments: