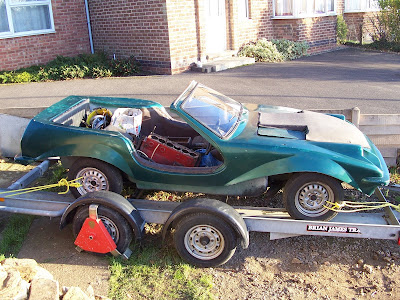 While surfing the net one evening I stumbled upon an ad for a Technical Exponents (TX) Tripper, cousin to the Fairthorpe. She had been sat disassembled in a lock up for the better part of 30 years. Following a telephone conversation with the owner, during which I discovered the car was way up in Carlisle, we made arrangements to collect the car the next weekend.
After a long five hour journey to the borders of Scotland, we opened a garage door to reveal a rolling chassis surrounded by parts and the car's body suspended above from the ceiling with an inch of dust on it. It took three hours for Sarah and I to put her back together sufficiently to wheel her up onto our trailer. 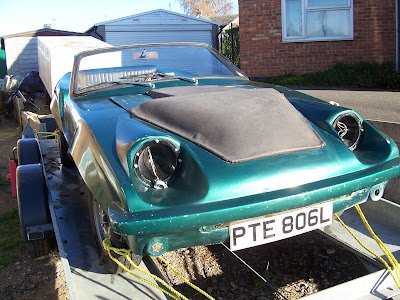 Anyway she's in traditional 1970s Ford Apollo metallic green (the Tripper not the wife) although her original colour was orange. I have decided to sell her as i am concentrating on the original 50`s and 60`s Fairthorpes. 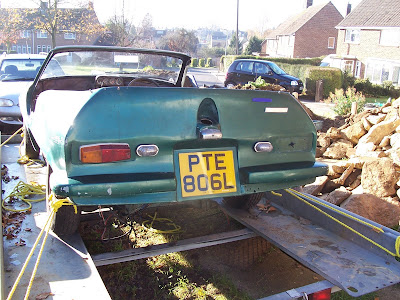 So, here's the specs: 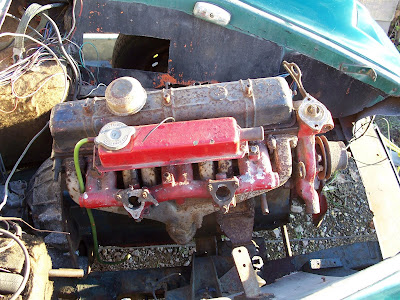 The car has a few negative points:
In summary, this is a rare opportunity to buy a slice of seventies motoring history.
Has to be a bargain at £650 and i can deliver for the cost of my petrol. Price includes a seventies wig and mustache!
Car is now sold.
Posted by Martin Collins at 8:51 pm No comments: