Fairthorpe, a view into the late 50`s at Chalfont St Peter 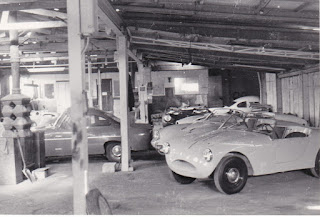 There are currently several owners restoring their Fairthorpes who are keen to put the cars back to their late 50`s spec so I thought I would put these pictures up as an aid and also provide a bit of a view into the old Fairthorpe works at Chalfont St Peter. The picture taken inside the works shows an Electron Minor, Electron, Atomota and Atom all crowded together. I am not sure that the fibreglass bar across the `mouth` of  UPP 83 does anything for the looks of the car, I`m sure it didn`t catch on as I haven`t seen it on any of the customer assembled cars. 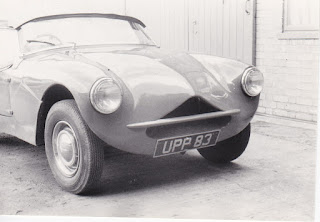 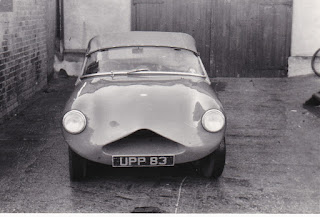 Here are several shots of the works demonstrator UPP 83, this number was one of three or four that Fairthorpe used on their works cars through the years, the numbers were also switched between several models of Fairthorpe. 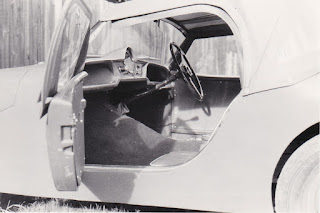 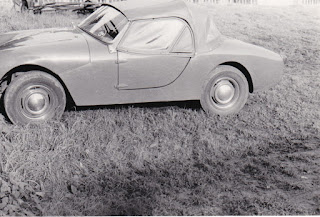 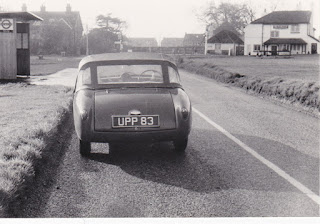 I have no idea who the person is in this shot, maybe the early EM pictured is his car, in the background can be seen an Atomota and what looks like a very early Electron convertible. 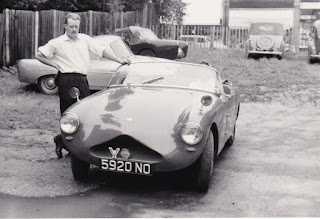 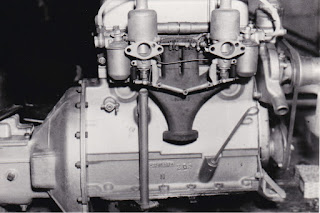 Posted by Martin Collins at 10:56 pm No comments: 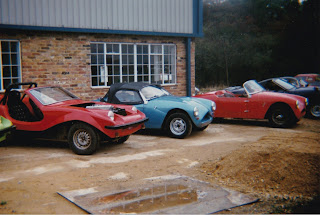 I have been going through some old photos over the past few weeks and will be posting a few of them here for those with an interest in anything Fairthorpe.
These three shots were taken in 1990 at the 30th Anniversary meeting for the Fairthorpe Sports Car Club, the event was organised by my father Frank and myself with the aim of trying to assemble 30 Fairthorpes in one place. We fell short of the target but it was probably the largest gathering of them seen together with over 20 cars attending ( the exact number escapes me!) I spent most of the day chatting with owners, as I do at all the Fairthorpe Gatherings so the photos are few for such a memorable event so if anyone has some more they would like to share please email me and I will post them on here.
The heading picture shows from left to right a TX Tripper (minus it`s bonnet), David Green`s early Electron Minor Mk1 and Charles Armstrong Wilson`s later Mk1. 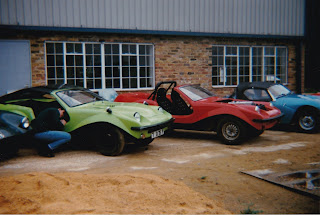 This shot features a couple of TX Trippers, one with a rare hardtop fitted, where have all the Trippers gone, they seem to be very thin on the ground these days? 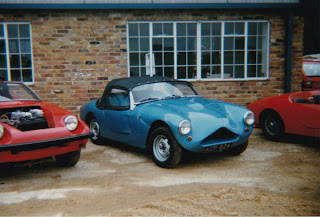 Final shot shows David Green`s EM again, this was a very quick car as David and his father John had squeezed a Ford 1600cc ohc Pinto engine into it. 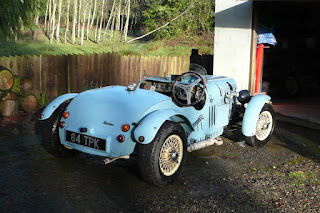 Fairthorpe Sports Car Club member Chris Jones is the new owner of the Fairthorpe Special that was auctioned on February 4th, he plans to recommission the car in the spring.
There is a story about it`s past which needs further looking into to provide proof, here are some pictures of the car taken i think back in the 70`s which show it with it`s Fairthorpe body still on, the car looks to be lowered at that point. I have included the information which was attached from the chap that owned it when they were taken, he thinks he sold it to Mike Hahn but i have been in contact and Mike does not remember owning that one ( he has had several over the years.) As you can see from what he has written it had at that point an aluminium body shell except for the bonnet, it is an early Mk1 shell with the curved top doors fitted with a fibreglass Mk2 bonnet, it also has different windscreen pillars to the cast ally ones on all other cars. 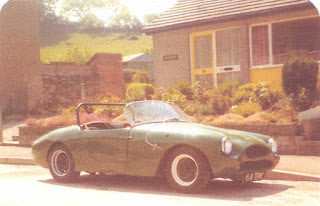 I was told a story by an ex Fairthorpe dealer back in the late 80`s that he had purchased Noreen Bennetts EM ( 898 BPP ) in the early 60`s from the AVM when she had finished with it, the car had an aluminium body (which the EM moulds were made from ) but was fitted with a Mk2 EM f/g bonnet following a clash she had with a London bus. He bought the car with no paperwork / registration, the works keeping the paperwork etc, he then bought an EM from Exchange and Mart which had been on fire, the paperwork, chassis no and reg being put onto the ally car. 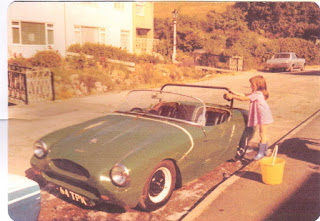 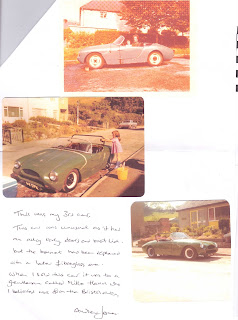 There is an EM that has the registration number of Noreen`s car which is known to the club.................but it has no alloy panels on it at all. I stress this was a story he told me and there is no physical proof especially now that the Fairthorpe body has gone and the car has a different ally body on it. There is also mention of the car in a couple of 2009 club magazines which indicate that at some point it may have had a climax engine in it? 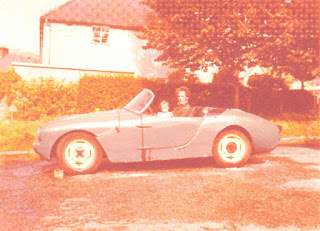 These two pictures taken of Noreen`s car when new and 64 TPK in the 1970`s seem to show a similar paint colour (allowing for the faded colour of the second picture), also the black trim behind the seats and identical screen pillar. I have never seen a Fairthorpe screen fixing the same as this on another car, check out that area on any of the other pictures on the blog and you will see what I mean.

I will be interested to look at the car at some point in the future to see if the chassis shows signs of being one of the early main rail type which could point to it being earlier than the chassis number suggests.
Posted by Martin Collins at 10:28 pm No comments: