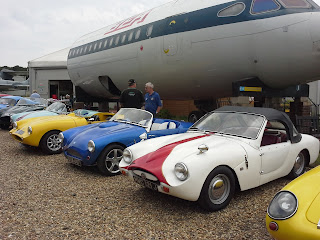 This years Fairthorpe Gathering on the 4th August at the de Havilland aircraft museum was thankfully dry in between several days of rain, I was hoping for a good turnout as you always do at these events but several cars dropped out in the preceding days, both Rob James and Ray Starkey had mechanical issues following their trips to Silverstone the previous weekend, Rob`s was carb related and Ray`s was a combination of fuel pump and a non charging dynamo. Mike Bridge took his Mk1 for a pre Gathering run the day before and found that the kenlow fan which cuts in automatically was in fact not cutting in at all and the car was consequently over heating. Hopefully Mike can get the car to the event next year as I rebuilt this car thirty years ago and even did a few laps of Silverstone in it when Lotus Twin Cam powered before the engine broke, would be nice to see it again. Both Alan Green and Derek Bentley made it to the day intending to bring their Fairthorpes but a cracking and perished tyre on the borrowed trailer which Derek only spotted (luckily) when going out to start the journey meant their Rochdale was pressed into action. Alan has been restoring his Mk1 EM for several years and has achieved his goal of returning the car to the road, having built it from a kit all those years ago. The car had not been driven on the road and the trip to the Gathering was going to be a trip into the unknown. However when the EM was driven out of the garage the ignition light refused to go out showing some sort of charging issue and wisely it was put back until it can be sorted and more local miles put on the car, another one for next year hopefully. This left the numbers down with five EM`s present, but what we lacked in quantity we made up for in quality, over the last couple of years Dave Bumstead`s Mk1 EM has taken the level of car finish and presentation to a new level BUT he now has a rival! Adrian Mancha has been rebuilding his EM2 for around ten years and it was returned to the road only a couple of months ago, it has been worth the wait. The attention to detail and finish are stunning, the car was owned back in the 60`s by our esteemed FSCC President Barry Gibbs and the over sized 1340cc pre crossflow Ford engine complete with period Martin tuning inlet manifold and trick semi down drought cylinder head with twin 40 carbs is mouth watering to period tuning aficionados. On the back of this the MGA gearbox used by Barry has been replaced with a Capri 5 speed unit. Barry and his wife Honor were at the Gathering and were delighted to see the car again, which I am sure brought back many memories, the car also still retains it`s now unique kamn tail section. Other attendees with Fairthorpes were Andy Winston with his Electron, as always a crowd gathers when the bonnet is opened to reveal the Coventry Climax engine within! Also Barry Stock, all the way from North Wales in his rare Mk5 EM, a mere 5 hour trip each way, as always thanks for the effort Barry it is nice to see you and much appreciated. Last Fairthorpe was my own 789, I still can`t believe I have now owned it for 30 years, I enjoyed the drive down to the event, ( a piffling 2 hours), mulling over the cars history with our family, good times........

This year we had some welcome interlopers in the form of Dave & Gillian Malins in their Tornado and Charlie Jeffreys and his partner Amanda in a rather nice Berkeley 3 wheeler, nice to see you all.
This year the pots were picked up by Barry Stock (furthest traveled) and Adrian Mancha (Best Fairthorpe). 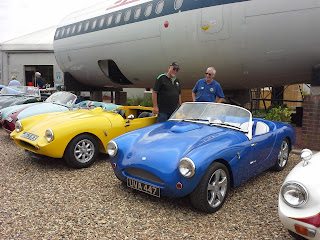 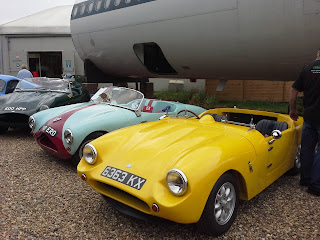 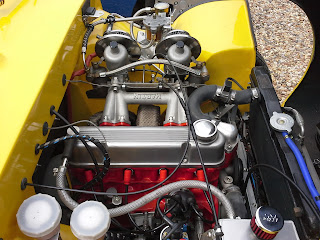 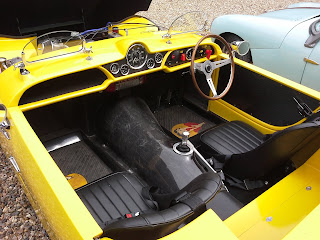 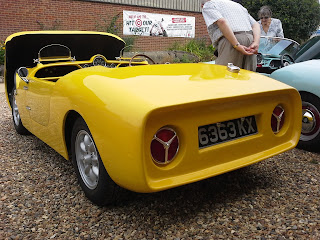 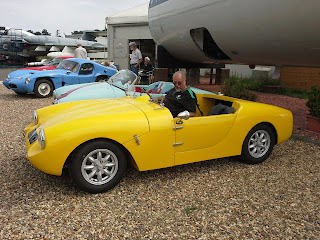 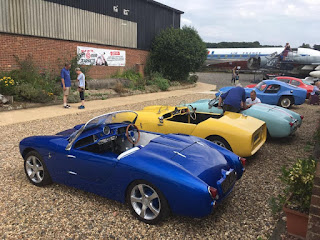 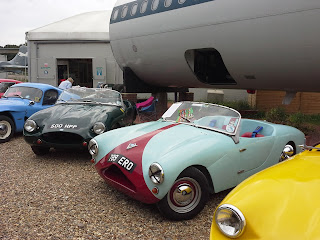 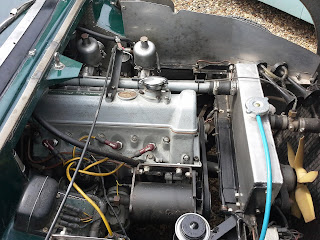 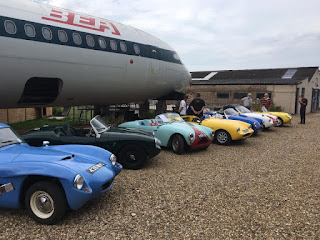 Posted by Martin Collins at 8:27 pm No comments: