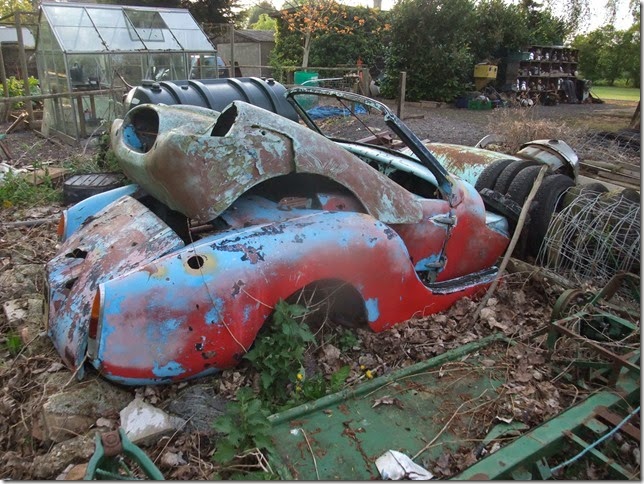 There is a rare 1970 Mk5 Electron Minor for sale, one of only 3 Mk5 EM`s known to the club at this time. The car has been off the road for many years and is stripped ready for someone to restore to it`s former glory. I am told the chassis is basically sound with only a small amount of welding required, I can confirm that the chassis though a lot different to earlier EM`s is an original Mk5 having studied pictures taken of another that was restored a few years ago. The body work is all there but as can be seen from the pictures it will need a new boot lid and possibly a new bonnet although that could be repaired with some graft, the Fairthorpe Sports Car Club holds the moulds for these panels and so new ones can be produced for the new owner. There is no engine or gearbox with the car but a Triumph 1300 or 1500 Spitfire engine would be what was originally fitted. The Fairthorpe does have an old style log book with it and some history. 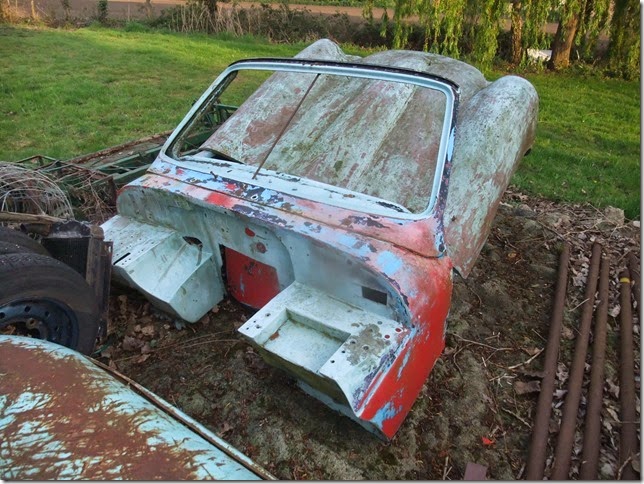 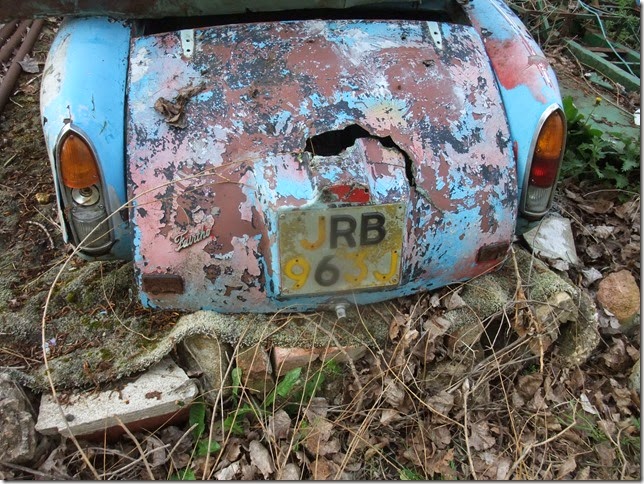 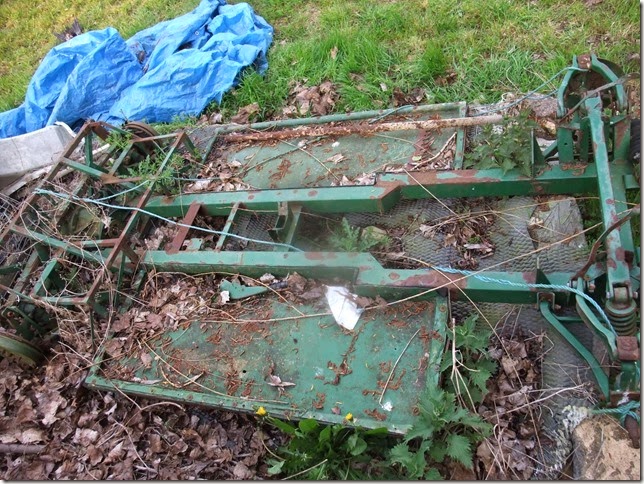 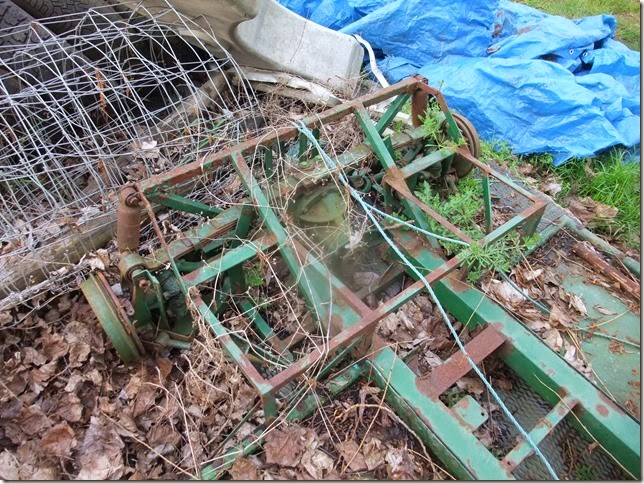 This final 2 pictures  were taken a number of years ago before the car was dismantled, I have a recollection that this car was pictured in a 1970`s Custom Car Magazine when they ran an article on Kit cars, the car was at that time only a few years old and looked very smart. 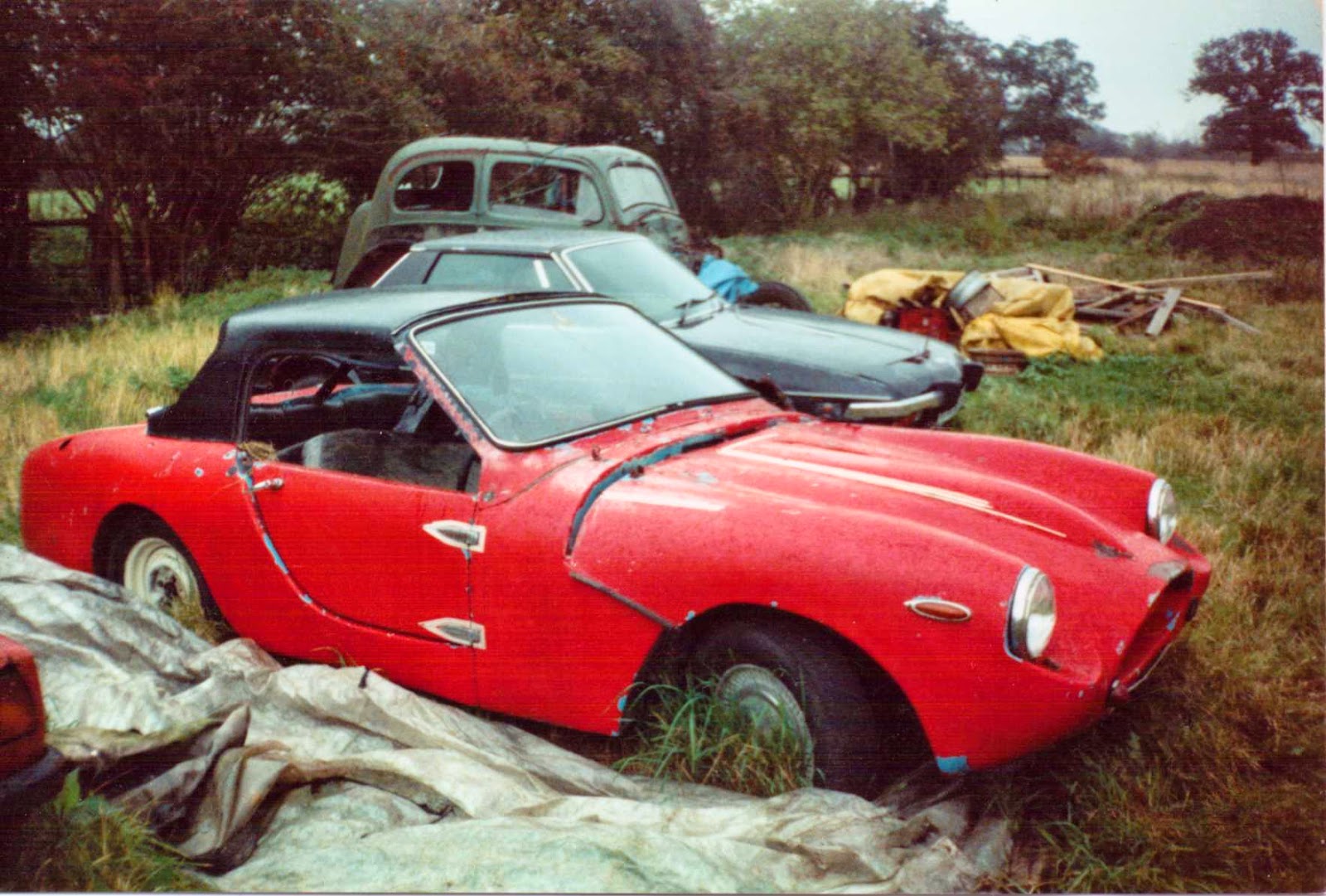 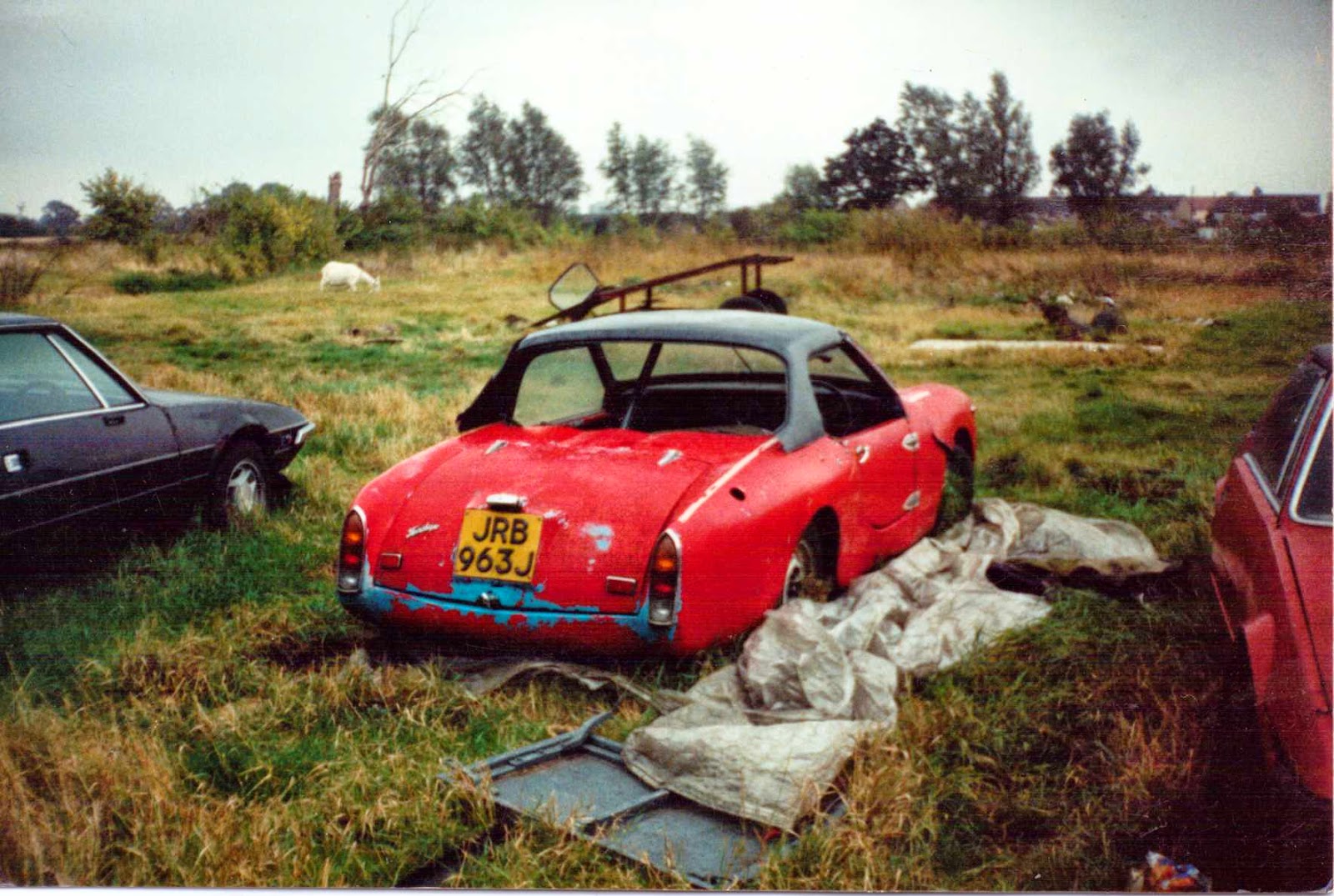