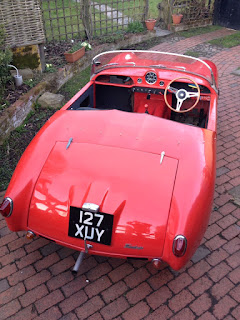 Fairthorpe owner Anthony Padgett has made more of his excellent videos featuring his car, you can watch the movies by clicking the links
The first is a short drive in the country:-
https://www.youtube.com/watch?v=RY72cEAGQiU

Also a short movie comparing his Fairthorpe to a Frogeye Sprite:-
https://www.youtube.com/watch?v=zoBIDwaiTxc

The many coats of a Fairthorpe EM. 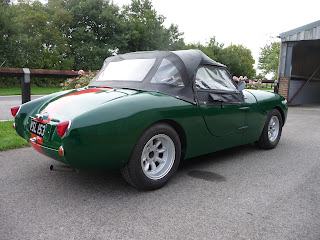 This post is about a Fairthorpe that crossed my path 25 years ago when my father Frank and I bought and restored it, it is a Mk 2 EM and it was registered 955 RKX, we sold it to the boyfriend of AVM Bennetts granddaughter, he asked for it to be finished in British Racing Green. 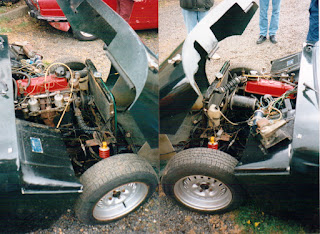 The car has been through a number of owners since that time and has had several different coats of paint and even a registration  change due to someone transferring the original number off the car. I lost track of this EM when the number was changed but it popped up again when  a new club member put the chassis number on his application form, this showed the cars previous identity, it was hand painted in white by now. 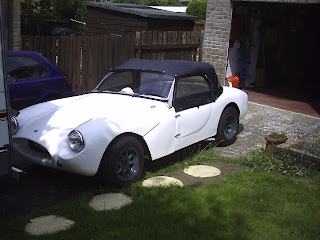 We are now two further owners on and the current owner is Maurice Jennings, himself no stranger to Fairthorpes having owned a couple previously, Maurice has spent some time and money on the car and has it looking really nice, it is back in Green but now sporting an Red stripe. It is pleasing to see that this old friend is being so well looked after. 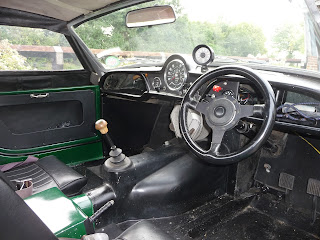 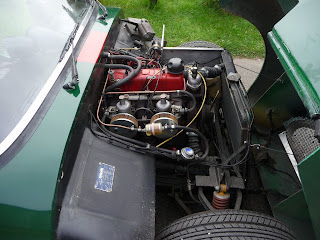 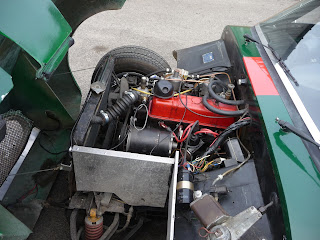 Posted by Martin Collins at 9:59 pm No comments: