Lets start at the begining, First there was the Atom! 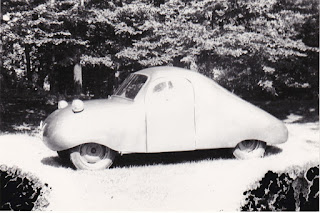 Following a request from someone for Fairthorpe Atom information and pictures for a future magazine article I decided to post a few of the Atom pictures here so everyone could see them. They also give a good idea of what the Fairthorpe works were like in 1955/56, the company was working from a building in the Market Place at Chalfont St Peter in Buckinghamshire during that period. 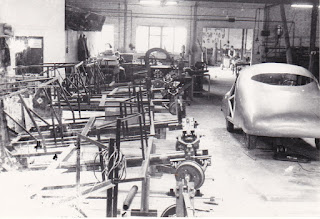 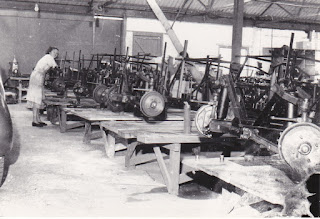 These photos give an idea of the mechanical layout of these early Fairthorpes, many parts used from the Standard Motor Company parts bin along with 250cc Motorcycle engines from B.S.A in the Mark 1 Atom. 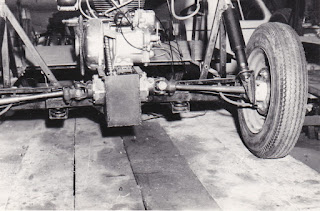 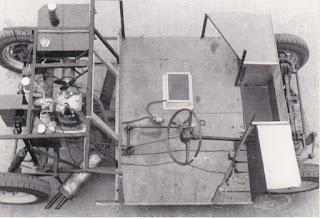 As you can see from the picture at the top of this blog post the original car was somewhat `unusual` in its appearance, Ly Bennett the AVM`s wife went as far as calling it a `Pink pig` after the first car was painted that colour! The shot below shows the revised body which has been shaped on a part sized model, this style was a bit more conventional and has something appealing about it in a cute sort of way (well I think so anyway!) 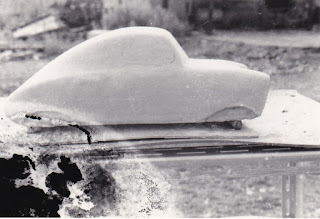 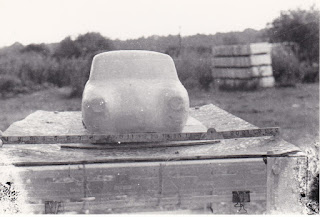 The next two pictures show later bodied cars, and by this time different engines were being offered, the Atom II utilised a 350cc 17bhp motor, the IIa a 322cc 15bhp and the III a 650cc 35bhp lump! 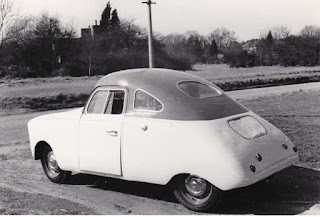 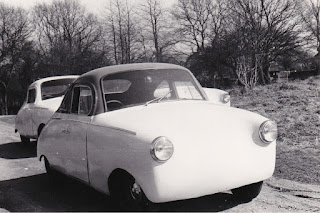 Finally here is a photocopy of an original Fairthorpe Atom brochure which was produced in October 1955. 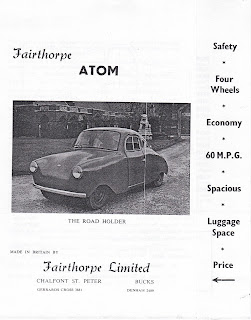 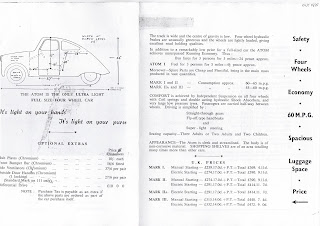 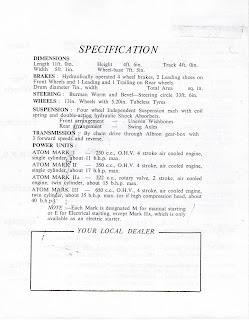 Once the article has been published I will post on here which magazine it can be seen in so you can all get yourselves a copy.
Hopefully this year will see more regular updates to the blog than last year.

Posted by Martin Collins at 10:47 am No comments: