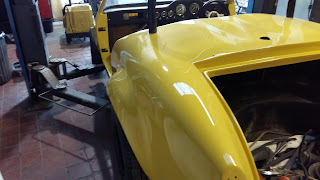 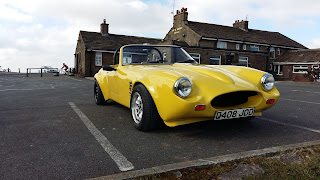 Stephen Griffiths has kindly sent me some pictures of his Rover V8 engine Fairthorpe Pathfinder which has just had a respray in 1970`s Ford Daytona yellow, the car was then trimmed with a new Black interior with matching stitched doorcards, handbrake gaiter and gear lever gaiter. 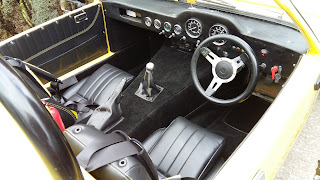 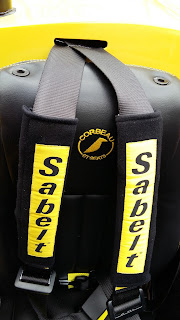 The seats are the originals but have been refoamed and recovered in marine vinyl with yellow stitching and a harness to match, the Corbeau emblem was scanned from the internet and stitched into the cover. 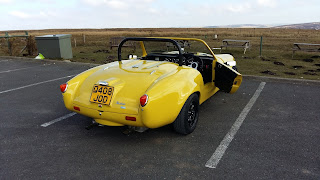 This car was our demonstrator when we were supplying the kits back in the late 80/s early 90`s.
Posted by Martin Collins at 9:15 pm No comments: 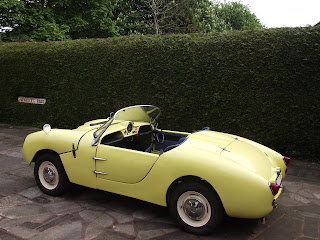 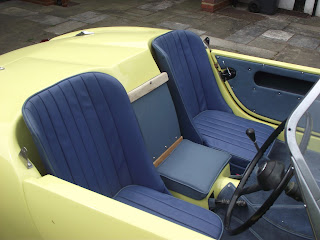 This car was nicely restored by Brian McArdle and is now for sale with Ashsted Classic cars of Kenilworth, price is £6950. Here is the link to the advert, I would take the 120mph claim from a 948cc engine with a pinch of salt!  www.carandclassic.co.uk/car/C716359


Posted by Martin Collins at 6:38 pm No comments: