The many coats of Frank the Fairthorpe. 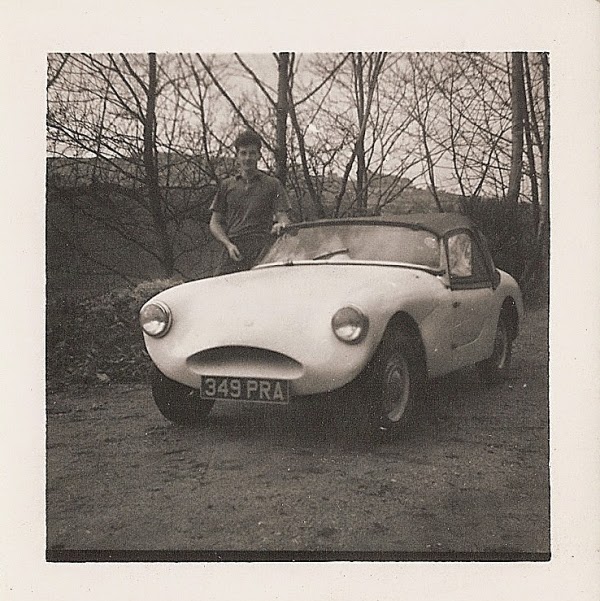 These pictures are of the Fairthorpe who was given the name Frank by previous owner Denise Howe, the picture above shows the car newly built by it`s original owner, the car was painted in Old English white, the picture below shows Denise picking the car up after she purchased it in the late 80`s. 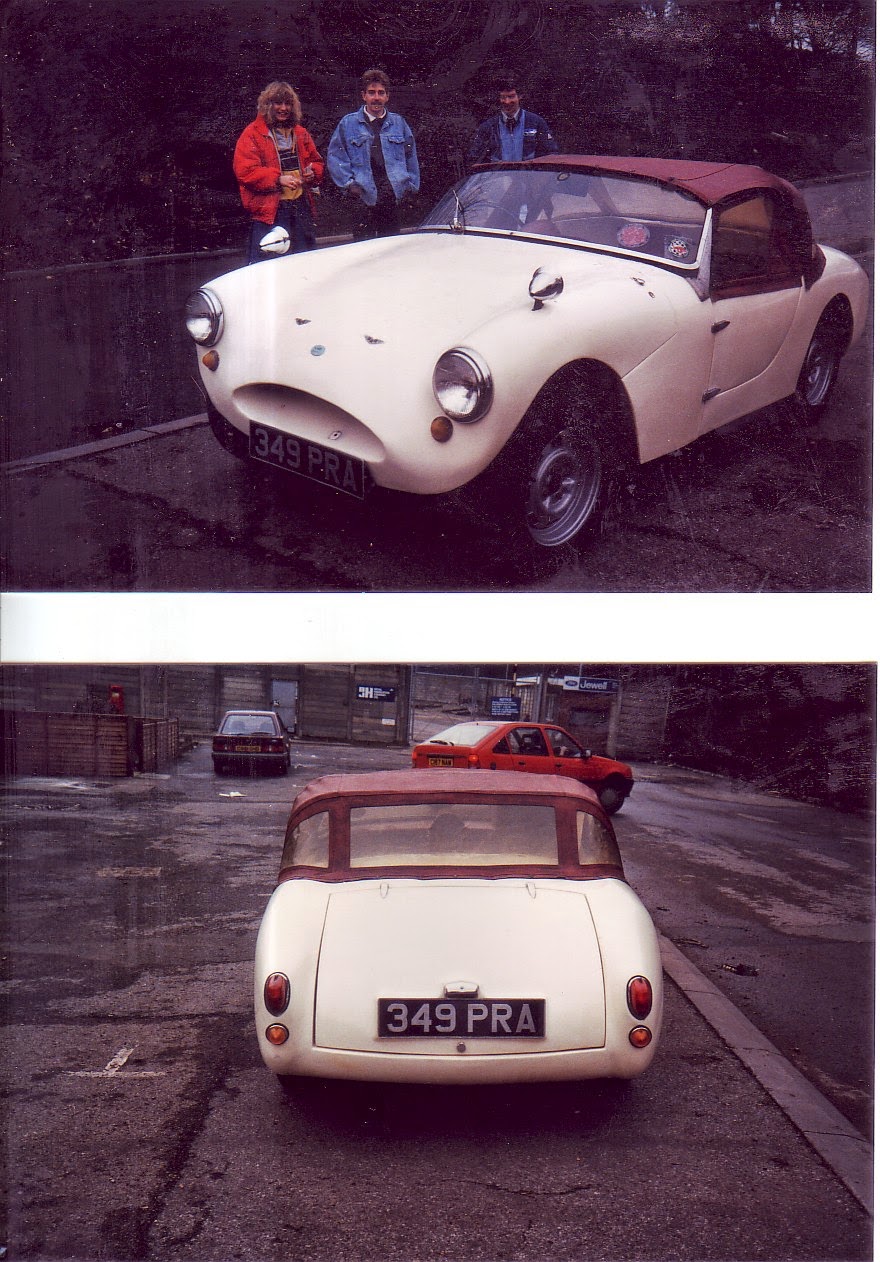 The colour had been changed to red by the time Dave Pugh bought it in 1997 and when he rebuilt the car it was decided to change it again to Brooklands Green, the EM was re trimmed and had a new hood, then Dave and his new wife took the car on their Honeymoon to the Cotswolds. 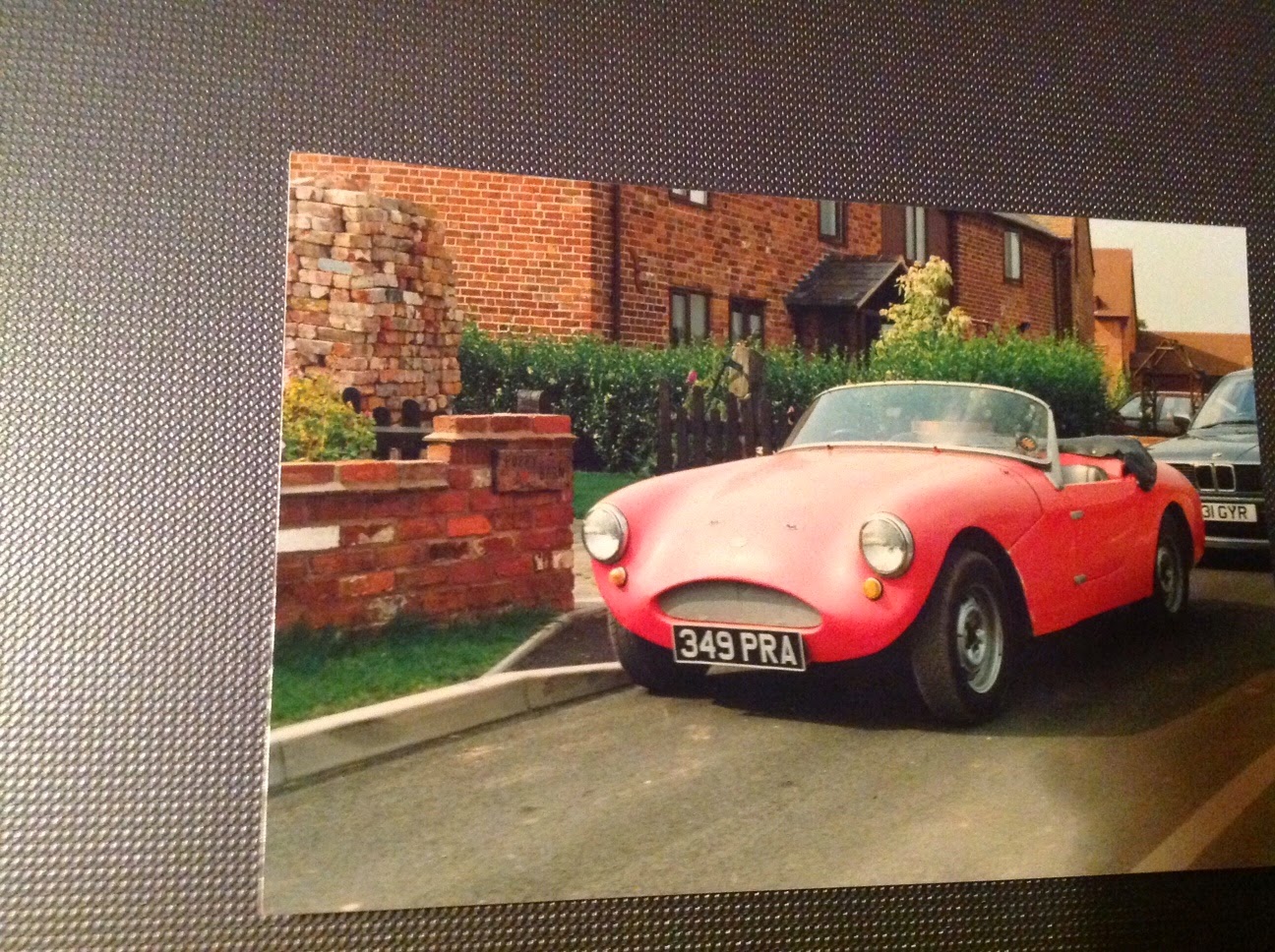 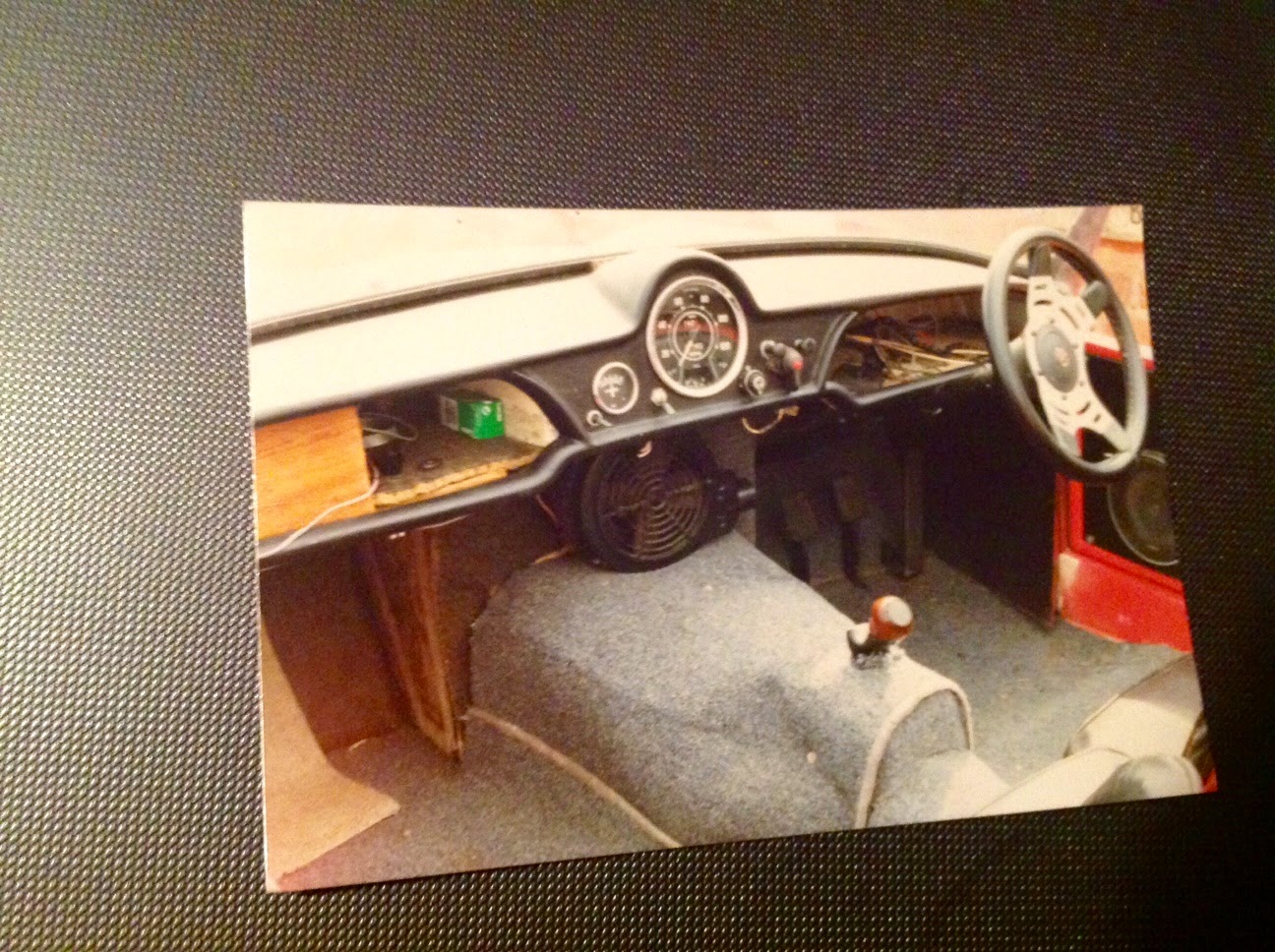 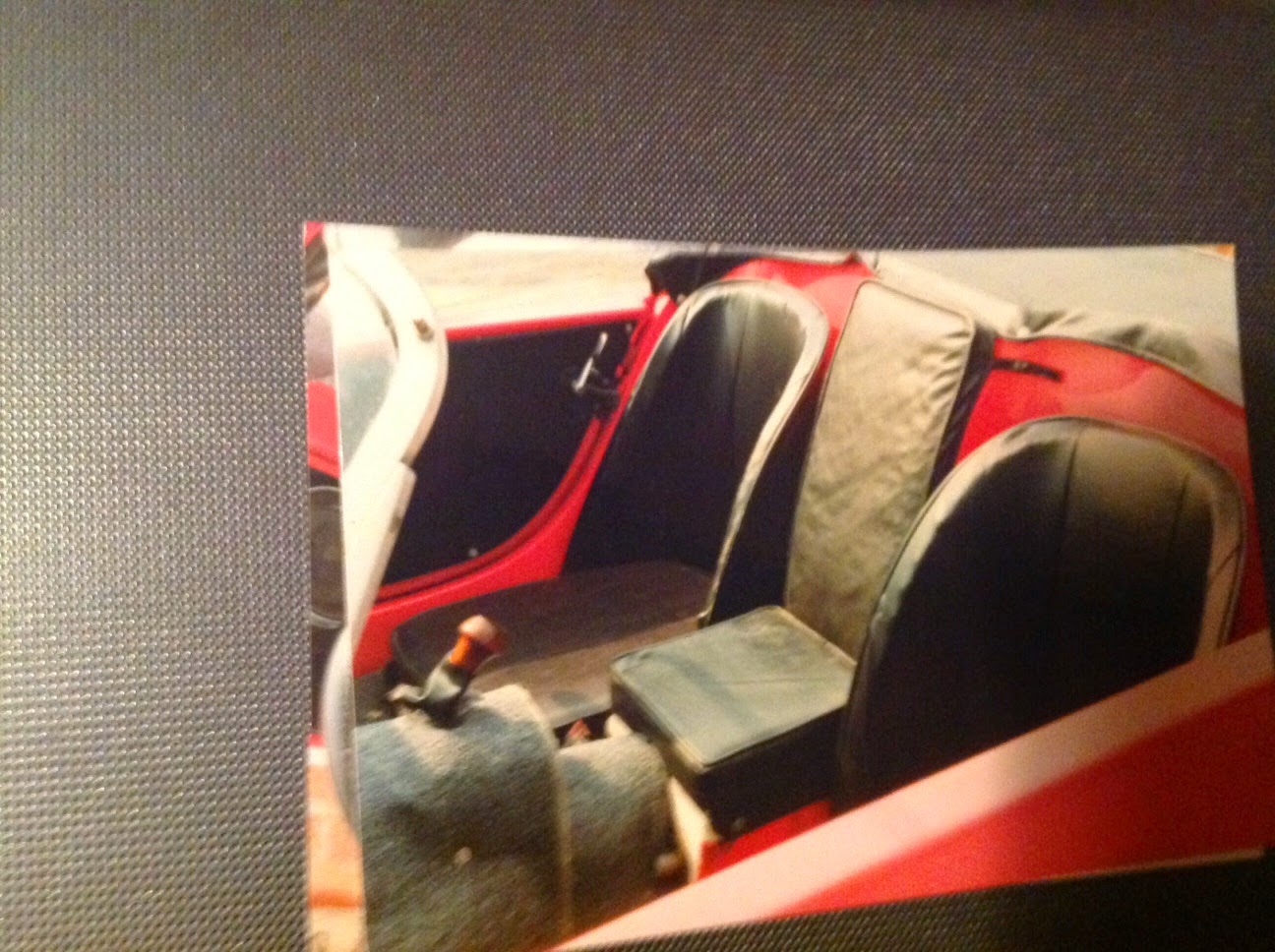 The registration number was unfortunately later sold to pay for a set of wire wheels for the car, the replacement number allocated was CSL 674.
Frank was purchased by Bob Balding several years ago, many of you will have seen the car as Bob participates in a number of club events each year with Frank, the Fairthorpe is a good advert for the club being in good condition and very eye catching, Frank has been featured several times on this blog and can be found if you search back to previous posts. 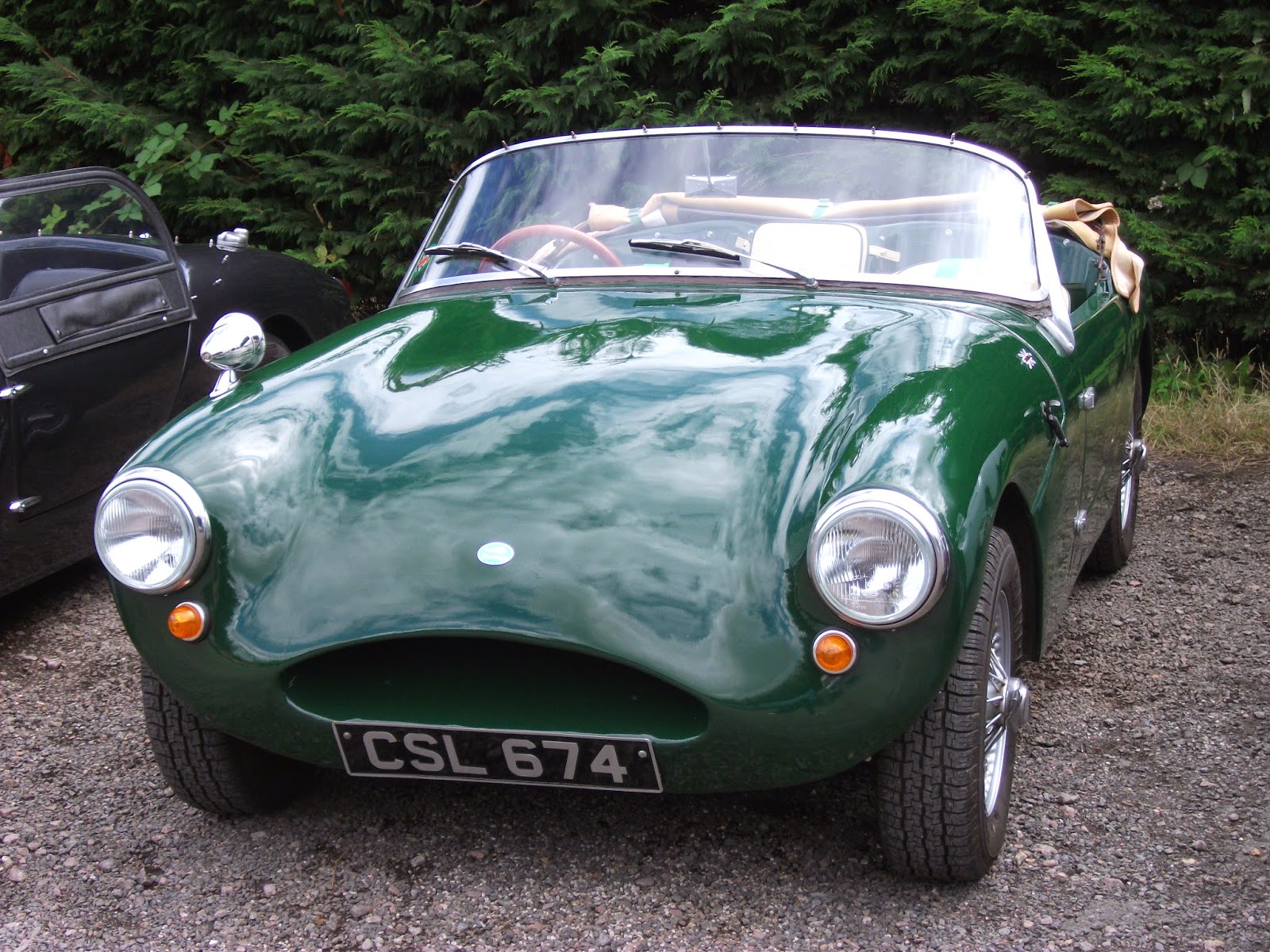 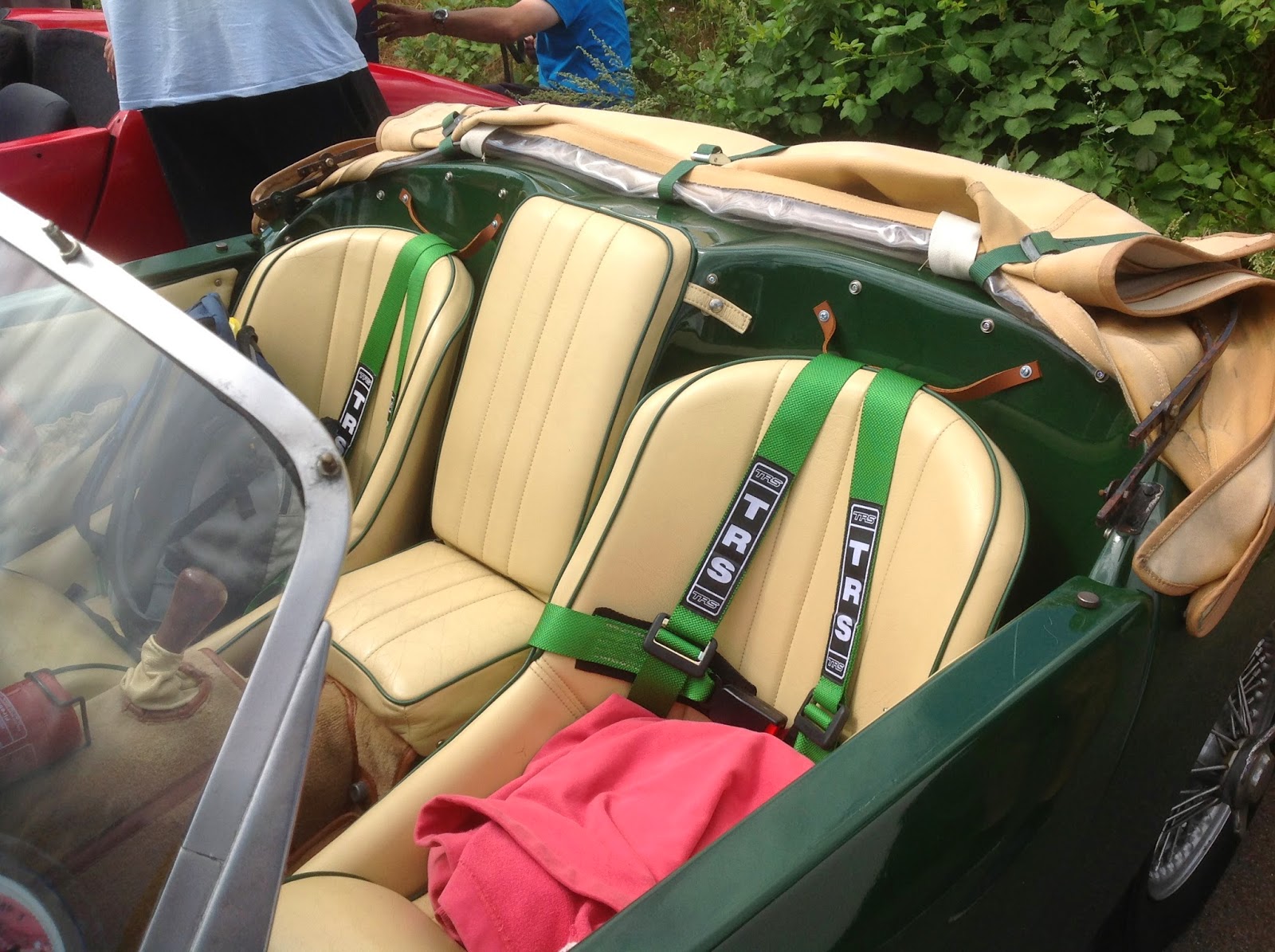 Posted by Martin Collins at 9:23 pm No comments:

Fairthorpe owner Frank Law is looking for information and history to his car NWG 10 which he rescued from a Scrap dealer in 1987/88. It had apparently been stored in a lock up for many years with the cylinder head removed before being taken to the breakers. There is no paperwork with the car but from the chassis number I can see that the car was supplied by Fairthorpe on the 1st June 1959 with a 948cc Standard 10 Engine, it was supplied to AMCO, possibly that is the name of a dealer? If anyone has more information for Frank he can be contacted at franklaw55@hotmail.co.uk

Posted by Martin Collins at 7:17 pm No comments: 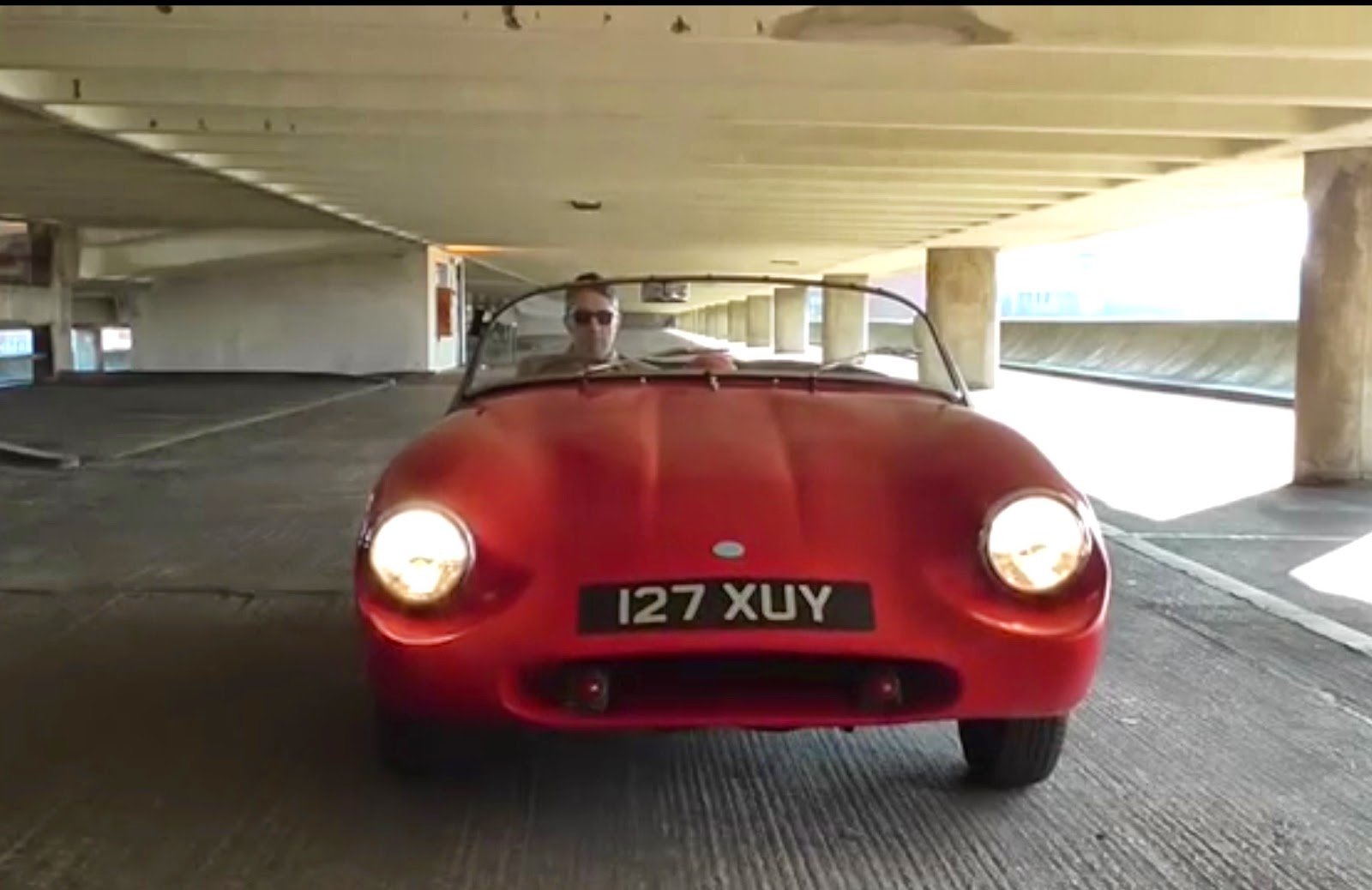 Fairthorpe owner Anthony Padgett has made a neat video of his Fairthorpe accompanied by Booker T and the MGs, give it a watch:-
https://www.youtube.com/watch?v=WeDAQ29rF4A

Anthony recently bought the car from Paul Wells, several posts on this well known Fairthorpe can be found on this website, the car having been originally built by long time FSCC club member Willie Simpson.
Posted by Martin Collins at 8:40 pm No comments: