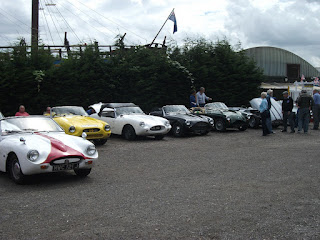 The week leading up to this years Gathering was spent anxiously watching the weather reports for Sunday 5th, heavy showers being the final report for the day. A number of those who had said they were coming added the caveat that if it looked like heavy rain they would unfortunately be a non arrival as they had no weather gear. I am pleased to say that during the event apart from one small shower the rain stayed away although a number of the retreating cars were treated to thunder and heavy showers, a large golf brolly is the preferred cover according to Rob James!  After a slow start suddenly Fairthorpes started appearing with increasing frequency, the final number this year being twelve cars plus parts from Brian Waters rare Atom Major.
I was pleased that we had quite a good spread of Fairthorpe models this year with nine Electron Minors, one each of Electron, Zeta and Pathfinder, four of the cars attending had not been seen at a Gathering before, hopefully the owners can be persuaded to bring them again next year.
Here are a selection of pictures from the event starting with the Electron Minors :- 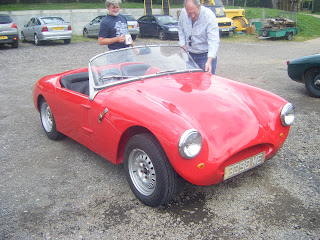 Chris Goss admiring the paintwork on his EM1 with Brian Waters looking on. 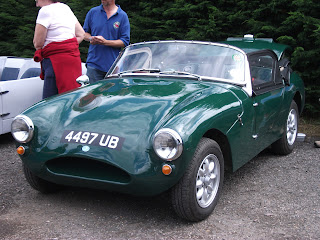 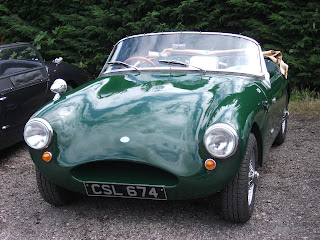 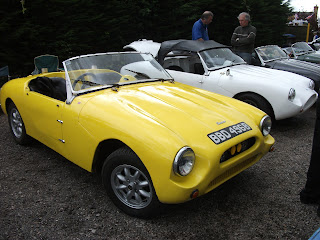 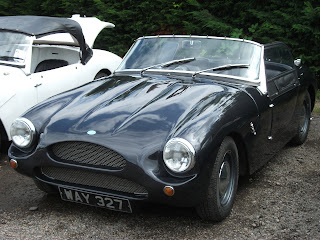 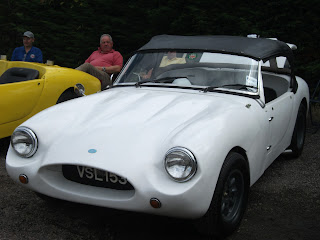 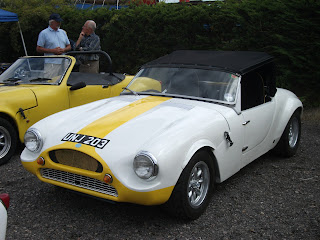 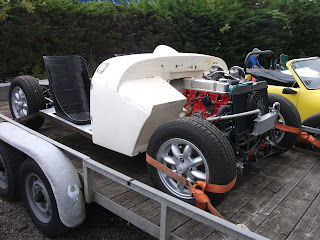 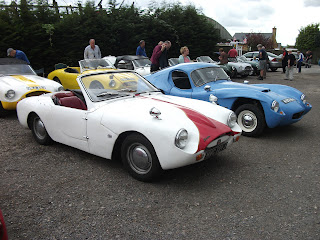 Barry Stock won the furthest travelled award for the second year running by travelling 220 miles to get there in his EM5, the Tornado Tempest of Dave Malins parked alongside was a welcome addition to the attending Fairthorpes. 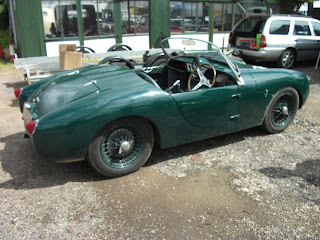 Adding variety was Andy Winstons Coventry Climax engined Electron which had just returned from a trip to the Le Mans Classic. 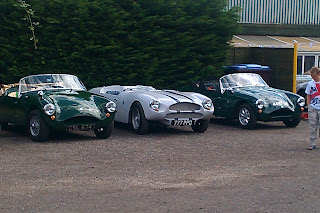 The Zeta which has a 6 cylinder Zephyr engine with Raymond Mays head flanked by a pair of nice EM1`s. 777PPD was voted the best Fairthorpe by those present which was a pleasant surprise as there were some very well presented cars there. I`m sure some of the cars are better now than they were when freshly built back in the 50/60s. 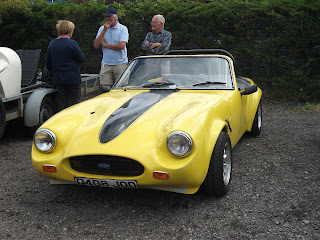 It was very nice surprise to see the first Pathfinder V8 to attend a Gathering, the car is fitted with a 3.5 litre Rover V8 engine and was driven to the event from Southend by Martin Souster (centre) who is pictured in discussion with Honor Gibbs and Bob Balding. 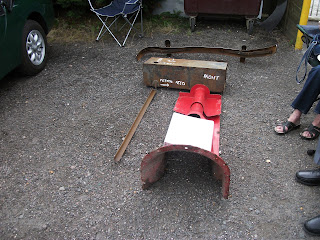 Last but not least Brian Waters bought along some parts from the Atom Major which he has started restoring, a very interesting project which i look forward to seeing back on the road in due course.

I would like to give special thanks to my wife Sarah for all the effort she put into preparing the rolls and cakes which helped keep everyone fed, also to our club president Barry Gibbs for presenting the trophies and to the staff of the Stondon Motor Museum for making us so welcome.
Thanks also to Marian Townsend, Bob Balding and Lauren for some of the pictures used and to all those that attended from the various parts of the country, hope to see you all next year!
Sarah is currently putting together a video which will  be uploaded to YouTube and posted on this site.
Posted by Martin Collins at 11:25 pm No comments: 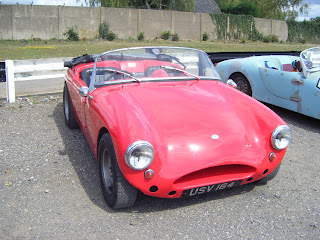 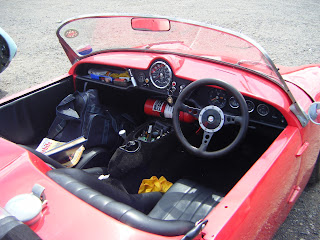 Posted by Martin Collins at 7:08 am No comments: 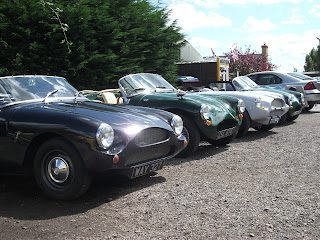 The Fairthorpe Gathering on Sunday saw an excellent turnout of 12 Fairthorpes plus parts from the Atom Major which is undergoing restoration and the Tornado Tempest of Dave Malins. There will be a full report in the next few days but here are a couple of pictures as a taster. 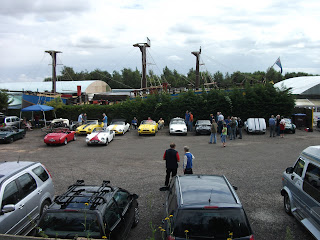 Posted by Martin Collins at 9:56 pm No comments:

Just a quick reminder that this years Fairthorpe Gathering is now upon us with the event taking place this Sunday (August 5th) at the Stondon Motor Museum in Lower Stondon, Bedfordshire postcode SG16 6JN. The museum website which has directions on it can be found at http://www.motor-museum.co.uk/contact.php hopefully we will have up to 15 Fairthorpes attending with awards for the furthest travelled and the best Fairthorpe as voted by those present, anyone with an interest in Fairthorpes is welcome. Entry to the event is free with a discounted price of £5 for those wishing to enter the excellent museum. Light refreshments will be provided and the museum has a large canteen for those wanting something a bit more substantial.
The gates will be open from 9.45 and we will be on site from then, full report with plenty of pictures will be posted here next week.
Posted by Martin Collins at 4:41 pm No comments: