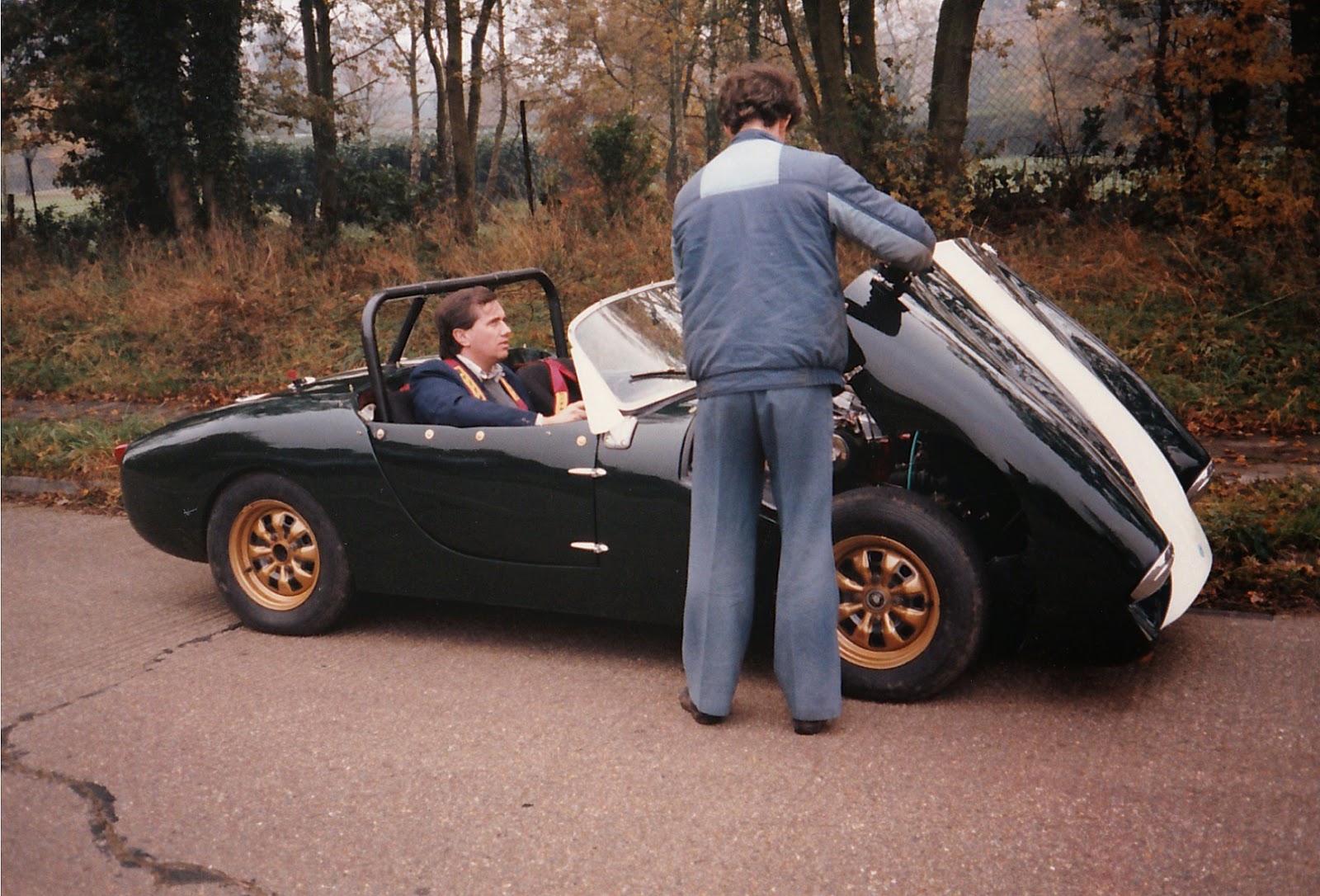 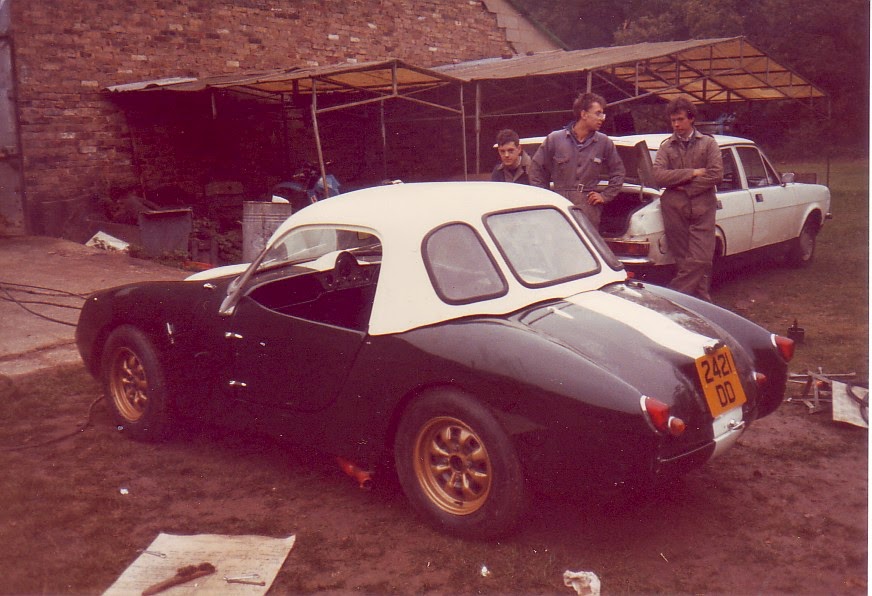 This Fairthorpe has some competition history having been raced at Silverstone with a Lotus Twin Cam engine, it was modified in the late 80`s and the 948cc Standard 10 engine was replaced with the Lotus unit. 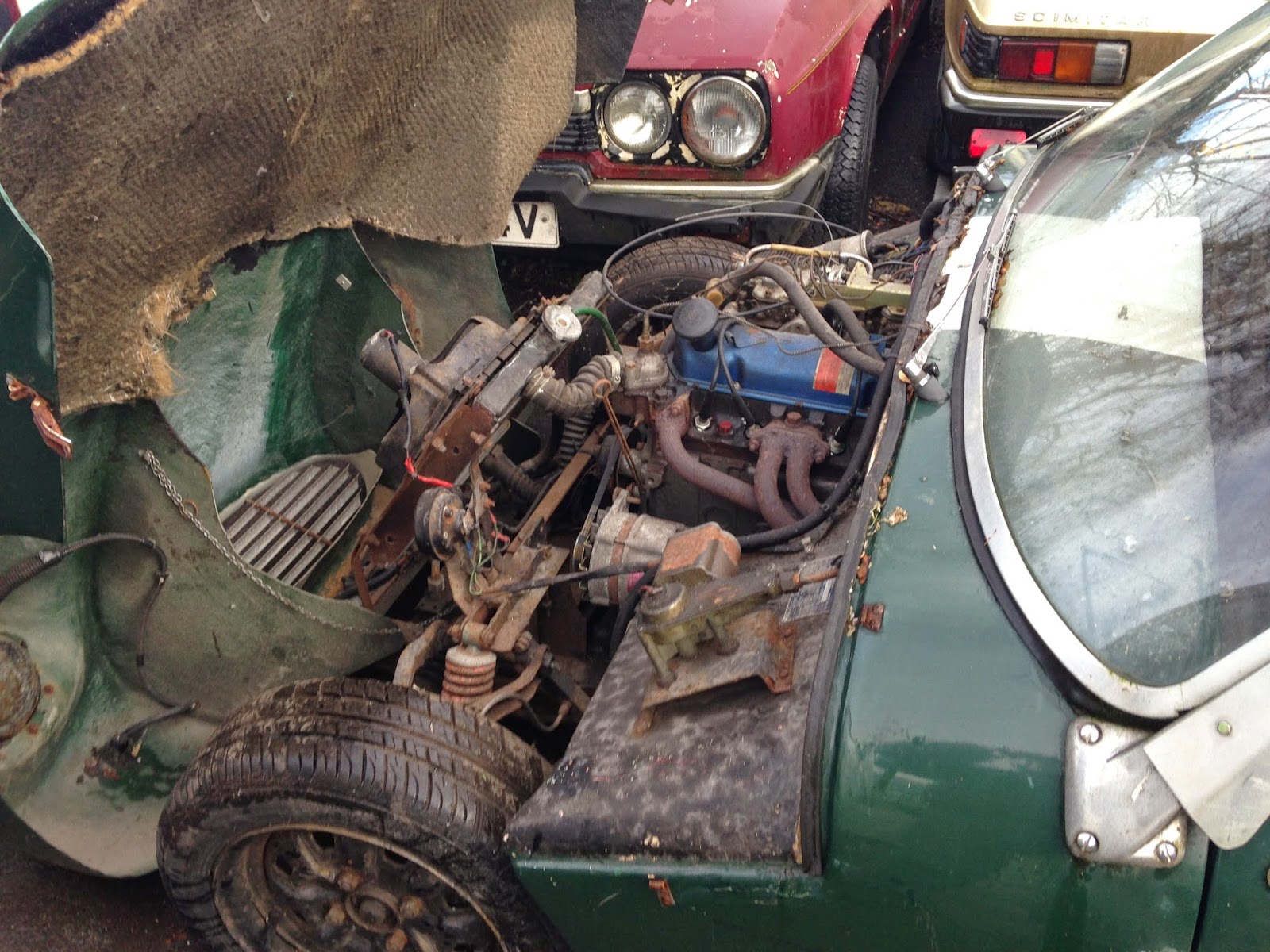 The car was subsequently fitted with a 1600cc Ford x-flow engine with twin 40 DCOE carbs, to keep it fast but useable for the road, the gearbox is a Ford 2000E. The axle is a Ford Escort unit which takes the Ford power and it has a nice ratio to give good acceleration and cruising speed,  it also has alloy front hubs with Ford stud pattern and all the wheels are Ford. The first two pictures were taken after it was rebuilt for road use with the Ford engine, please note the car no longer has the number that is in the second picture it is now registered SVS 464. 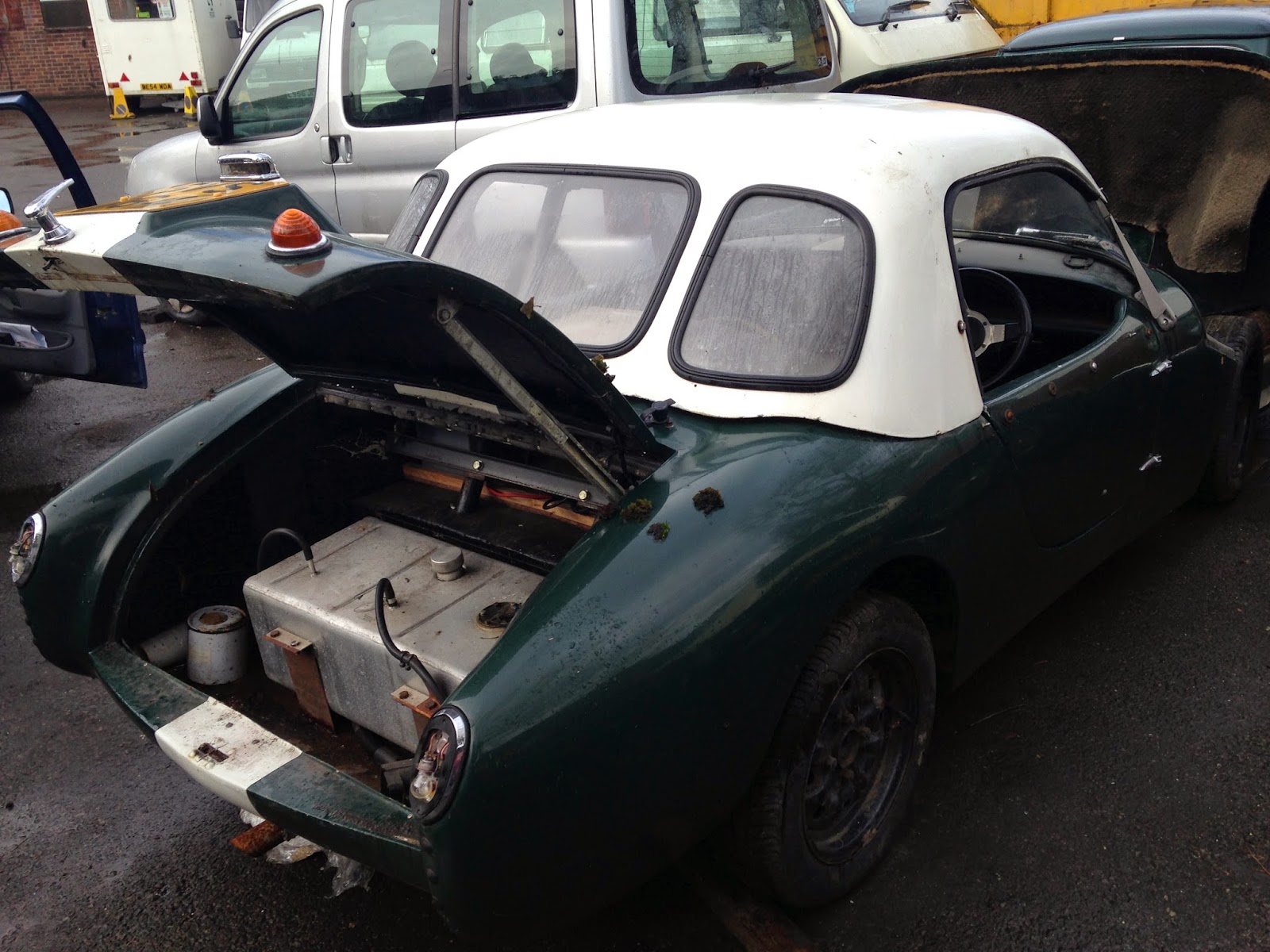 The Fairthope had a fresh bonnet and boot lid at the same time as well as a new Hardtop, it is also fitted with racing type 3 point harnesses, Roll bar, electric fuel pump, bucket seats as well as a heater, there is also an alloy fuel tank fitted. The Fairthorpe has only had minor use in the last 10 years and is painted in British Racing Green with a White stripe, it can be viewed in Kent, for more details and sensible offers contact Robert on 07877745167
Posted by Martin Collins at 10:33 pm No comments:


Posted by Martin Collins at 10:46 pm No comments: 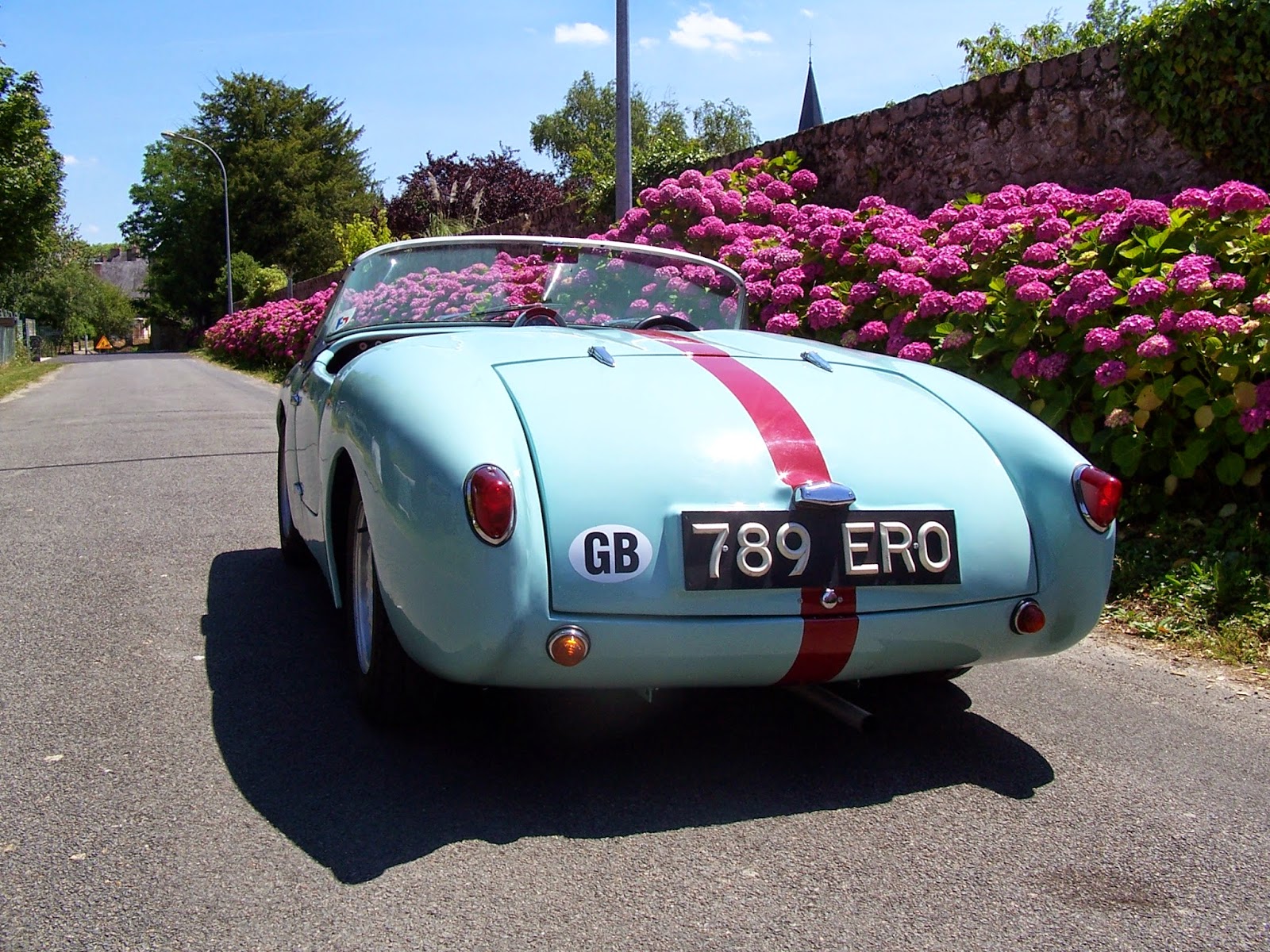 Last year saw me attending lots of events in 789 ERO including the Le Mans Classic, the Kop Hill Climb, Morgan Sports Car Club AutoSolo and various Classic car events. Whilst it is cold and dull outside now maybe a few pictures of the Fairthorpe in the sun will help turn your mind to the spring and the warmer brighter weather to come (hopefully!) 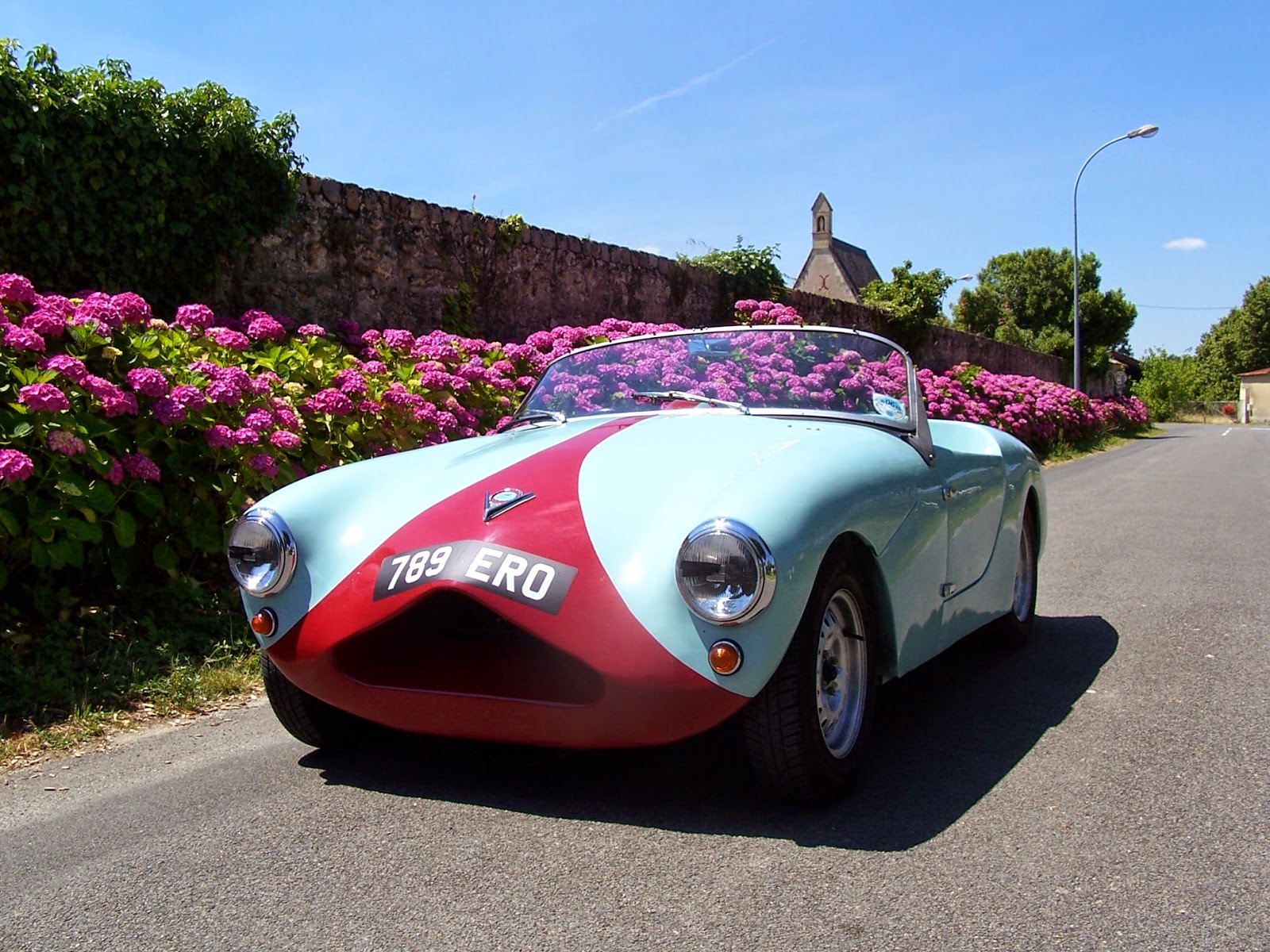 Taken outside the campsite at La Fleche near Le Mans 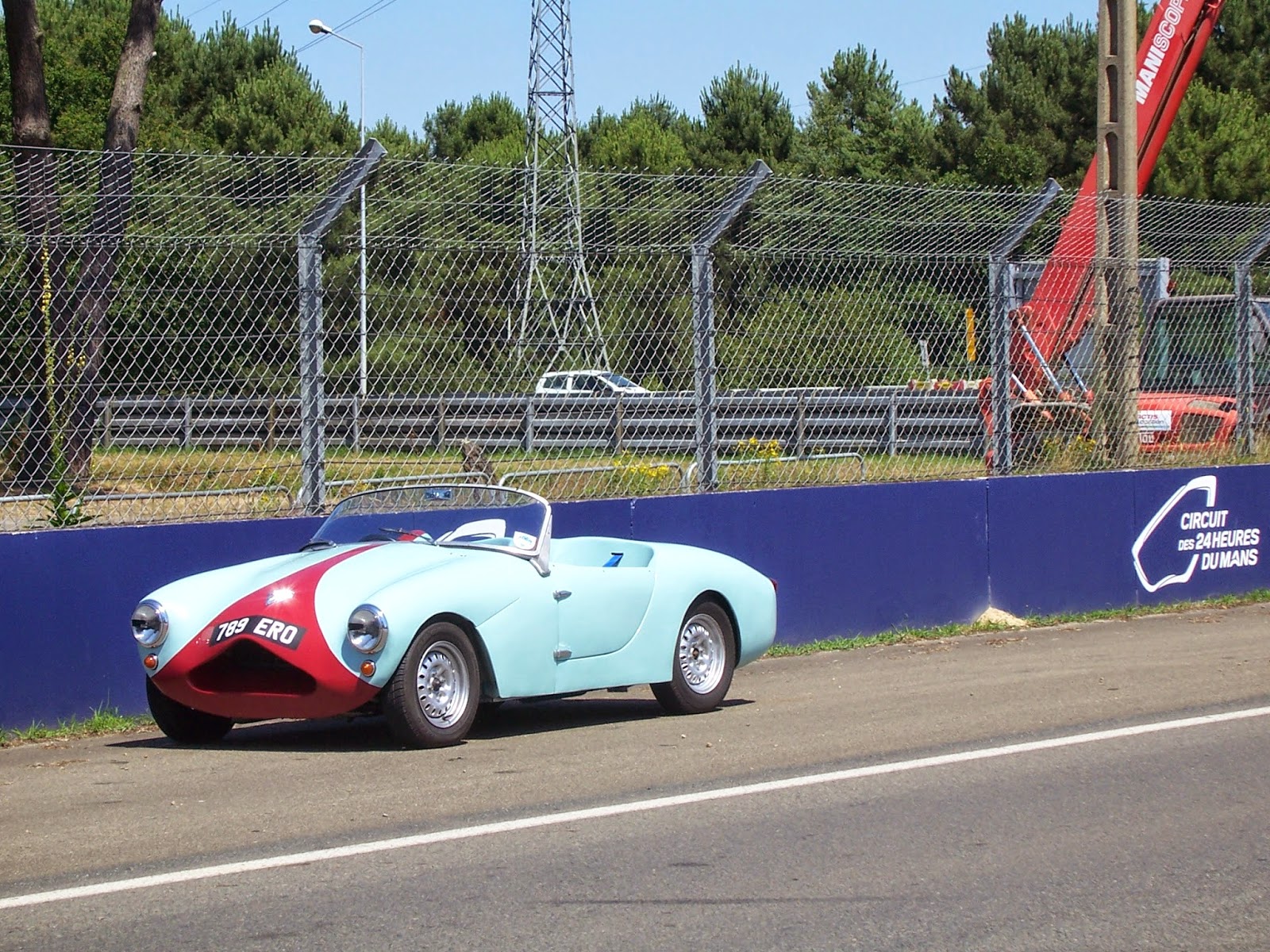 Parked on the inside of Mulsanne Corner, Le Mans Classic Weekend 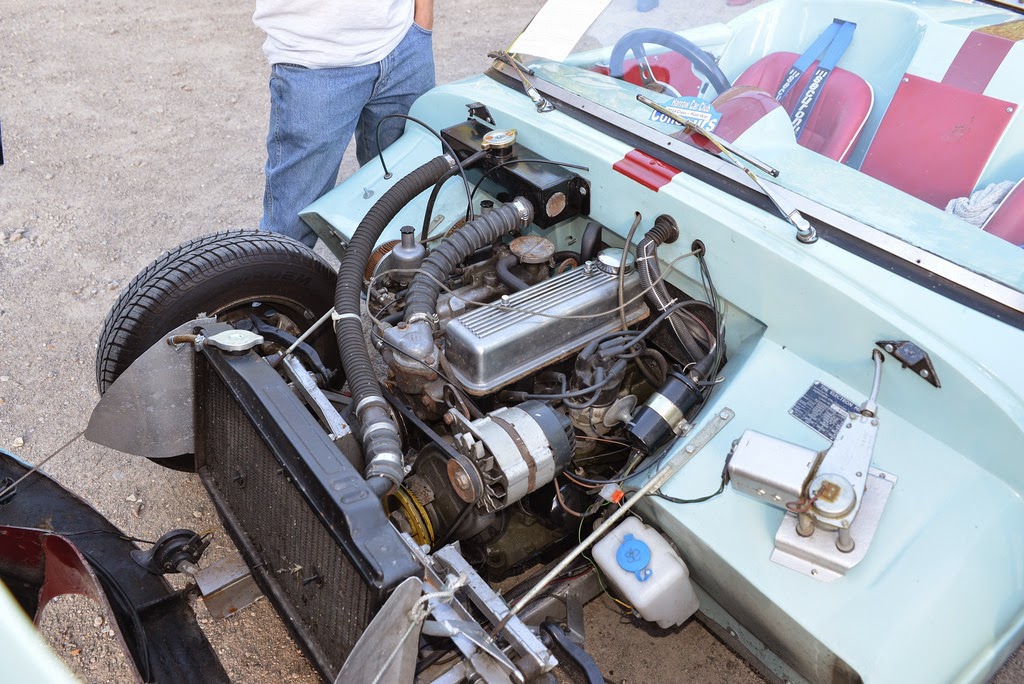 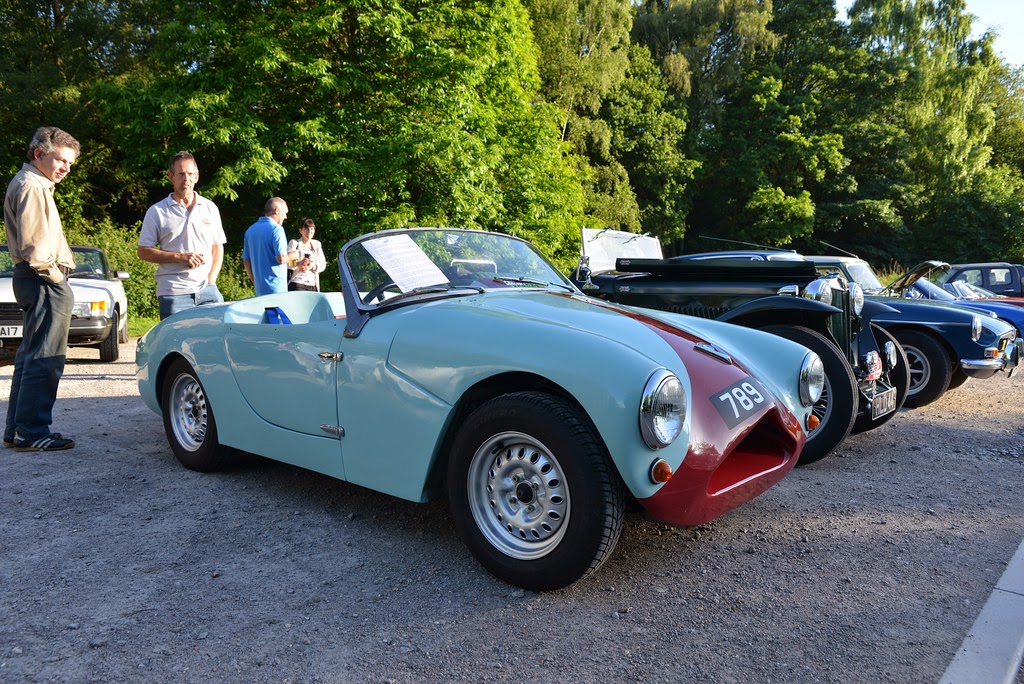 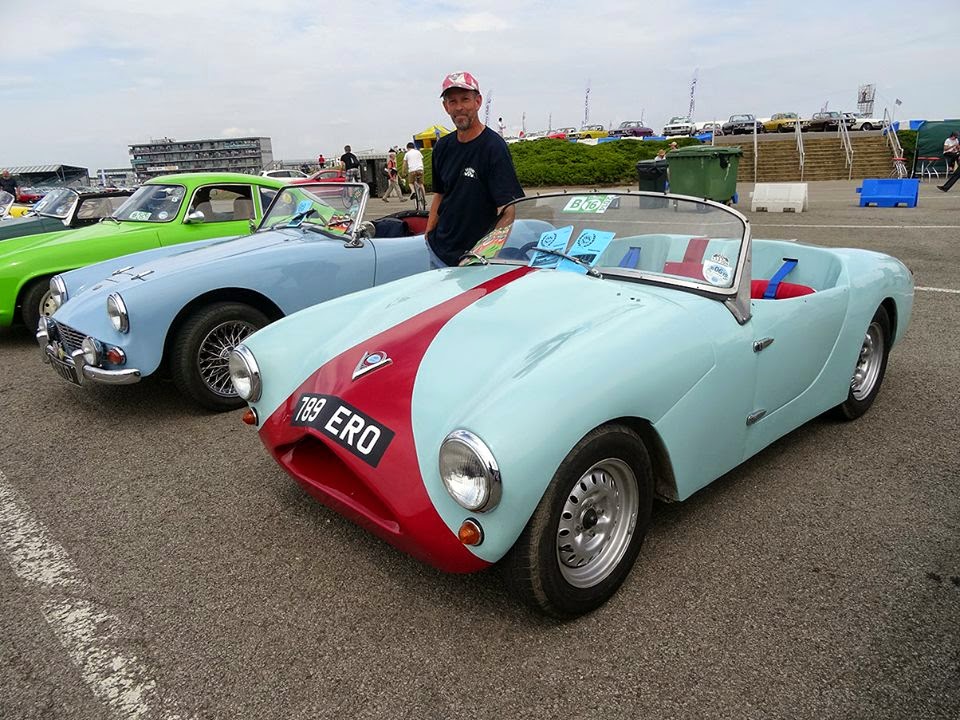 Car and driver at the Silverstone Classic 2014 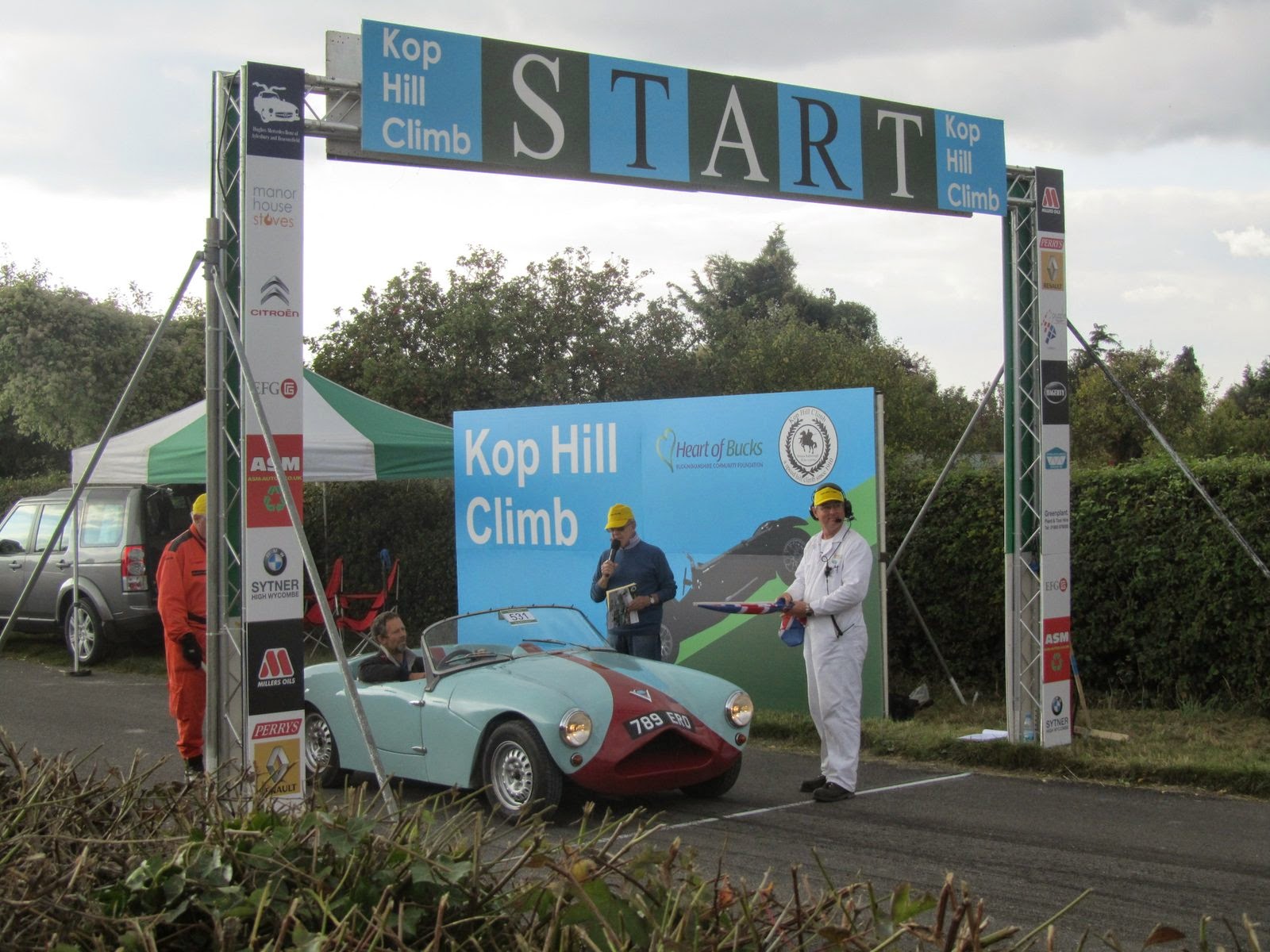 Kop Hill Climb Waiting for the flag to drop....
Posted by Martin Collins at 10:09 pm No comments:

Paul Wells is selling a set of 4 wire wheels which were fitted to his Fairthorpe, they are on ebay and can be found at:-
http://www.ebay.co.uk/itm/Wire-Wheels-Spinners-Hub-Adapters-To-Fit-Mg-Midget-Fairthorpe-Spitfire-Etc-/311244265521?ssPageName=ADME:SS:SS:US:3160
Posted by Martin Collins at 9:55 pm No comments: