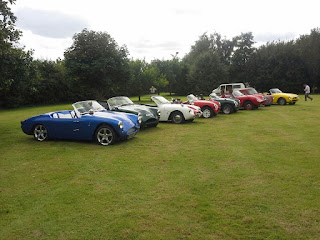 This years Fairthorpe Gathering took place on the 6th August at the Bubblecar Museum in Langrick, Lincolnshire, what a lovely venue it was too, with the museum being well worth a visit by itself.
12 FSCC members enjoyed a very sociable Saturday evening meal at a local pub the night before the Gathering, we may look at incorporating that in future years as it seemed to go down well.
Eight Fairthorpes made it along on the Sunday with seven Electron Minors, comprising of five Mk1`s, one Mk2 and a rare Mk5 plus my Atom Major. We were joined by a number of other FSCC members old and new and it was particularly pleasing to meet up with our club President Barry Gibbs and his wife Honor once more. Also special mention must be made to Wolfgang Puritz and his wife who made it along to the Gathering having driven over from their home in Germany, sadly their two Fairthorpes were left in the garage at home, maybe next year Wolfgang? ☺ 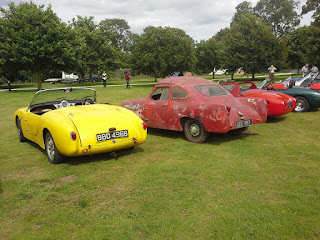 As usual there were Trophies to be presented and Barry Stock with his Mk5 EM was the clear winner for the furthest traveled Fairthorpe to the event having driven 276 miles to get to get there, a sterling effort through wind and rain at the Welsh end of the journey from Ammanford. 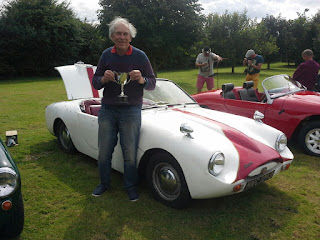 The Best Fairthorpe trophy as voted by those attending the event went to Dave Bumsted for his immaculate Metallic Blue Mk1 EM, Dave had only got the car MOT`d that week following two years of effort to turn it from a basket case into a show winner. 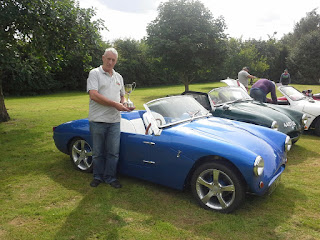 There was a tie for second place between Richard Holden and Brian Townsend`s Mk1 EM`s with two other cars only one vote back, close indeed.
That is enough wittering on from me, i am sure you all just want to look at the pictures!............. 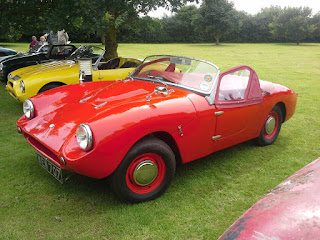 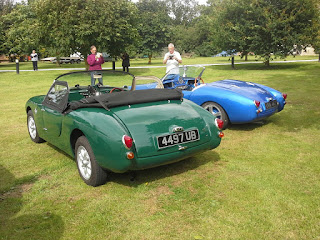 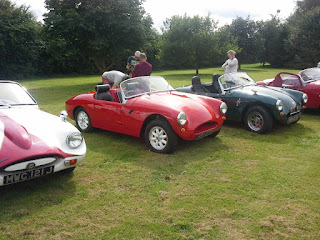 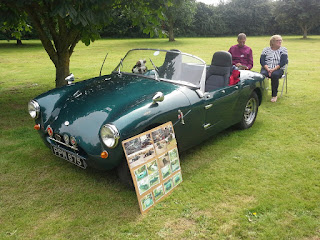 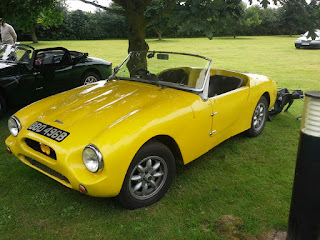 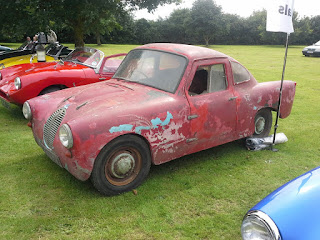 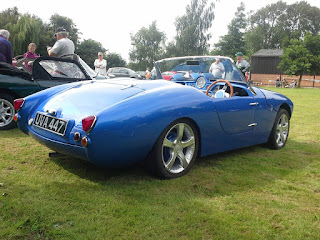 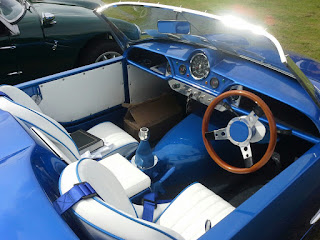 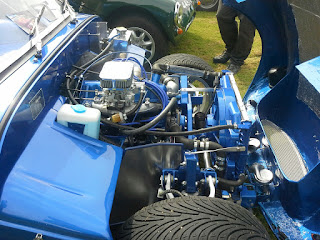 Last picture is of the complete lineup with Roger and Gill Cooke`s very nice Reliant Scimitar. 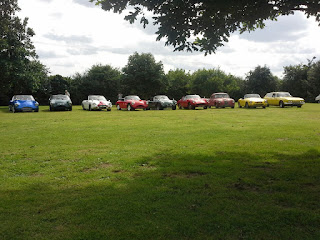 Many thanks to all those that made it along to this years Fairthorpe Gathering, details of next years event will be posted on this blog site once the venue is in place.
Here is a link to the excellent Bubblecar Museum web site:-  www.bubblecarmuseum.co.uk/


Posted by Martin Collins at 11:07 pm No comments: