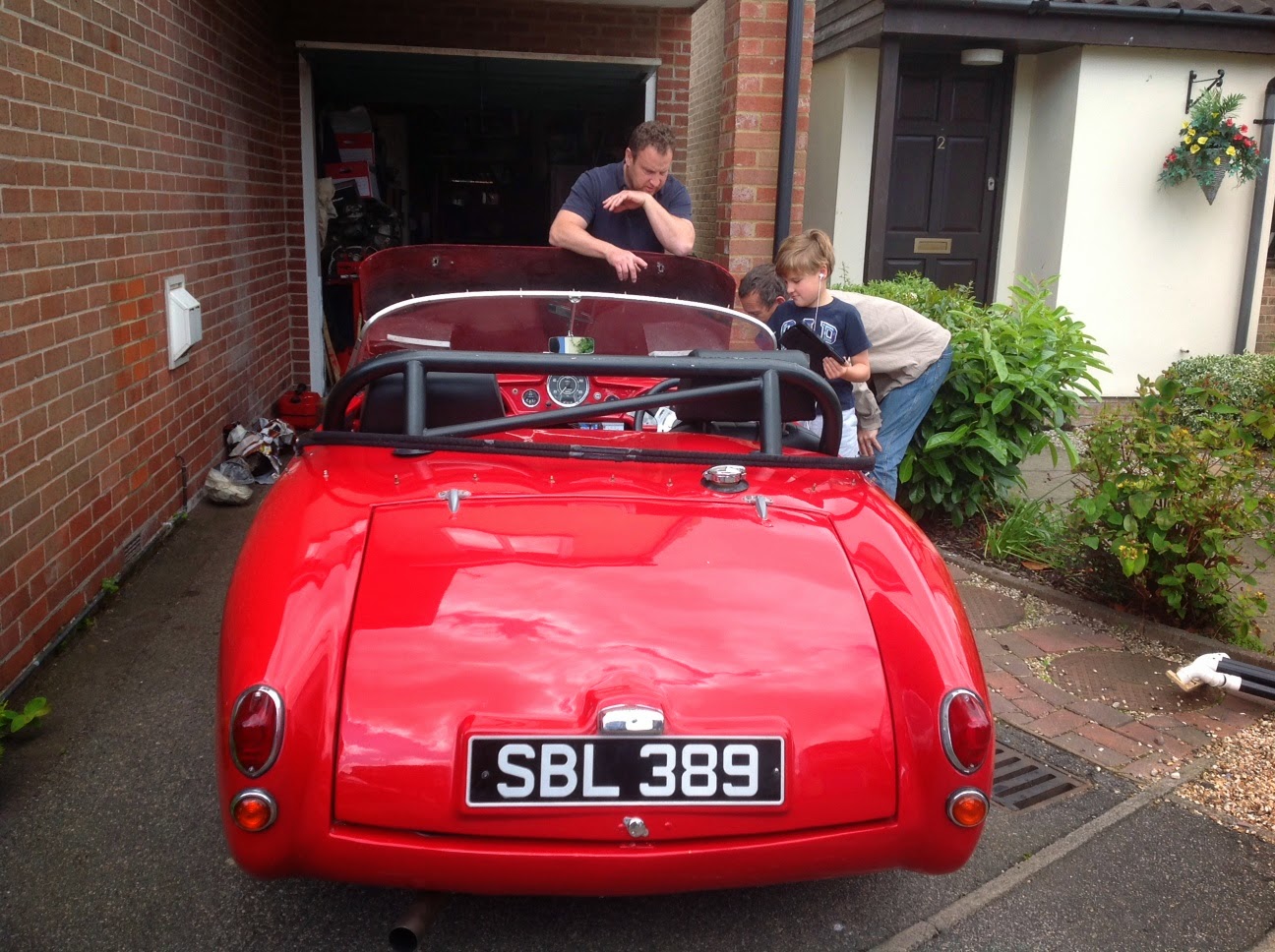 I recently dropped by to see Martin Green who owns a very smart EM1, Martin has done a lot of work over the last few years on this Fairthorpe. The car is fitted with a highly tuned 1147cc Triumph engine which is lightened and balanced, has a fast road cam fitted and a very rare 8 port head which is what the Triumph works race team used on their Le Mans Spitfires. 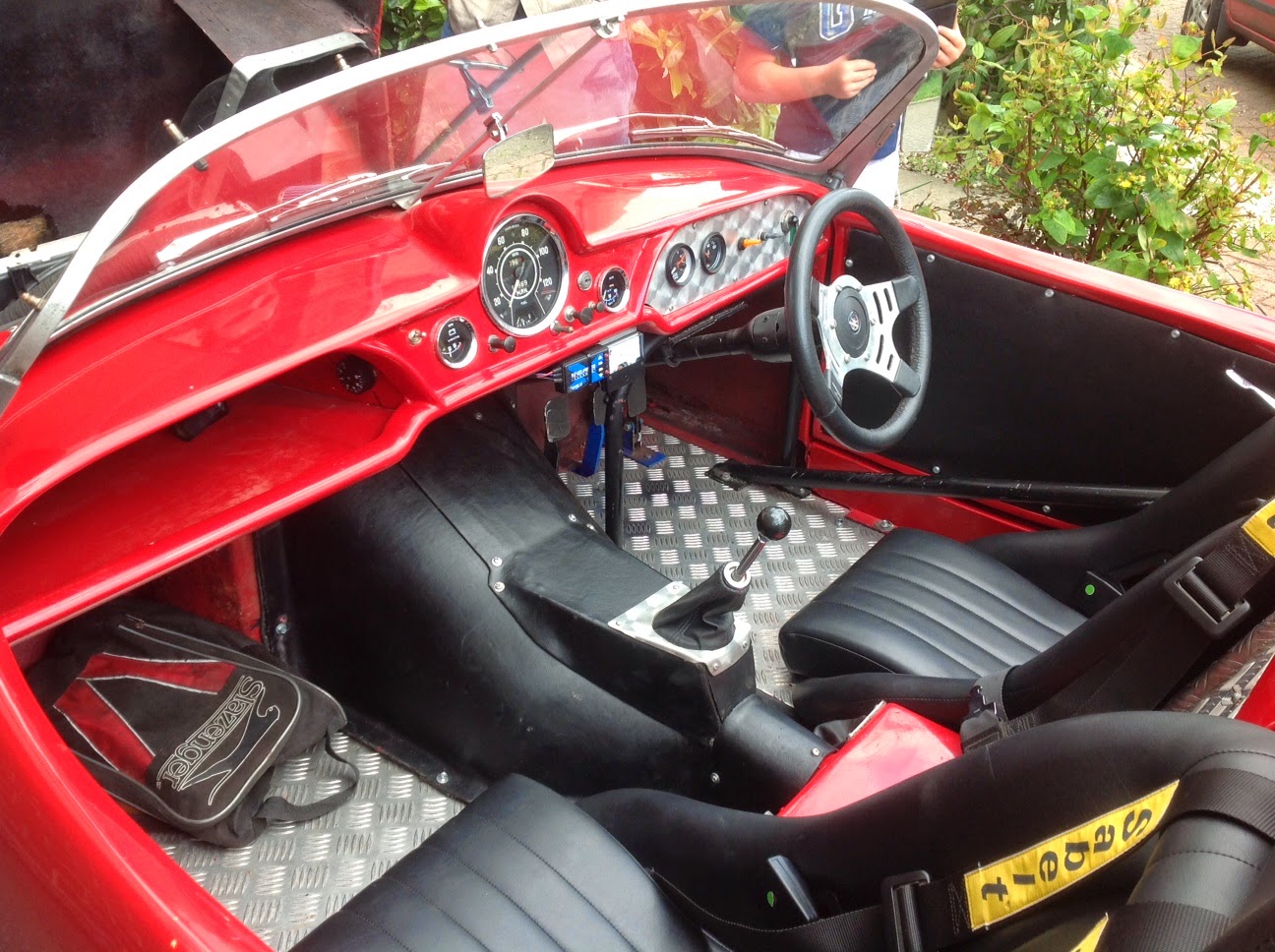 The stainless steel exhaust manifold was designed by Martin and really looks the business, it drops down on the right hand side of the drivers side main rail instead of being `pinched` between the engine and main rail. 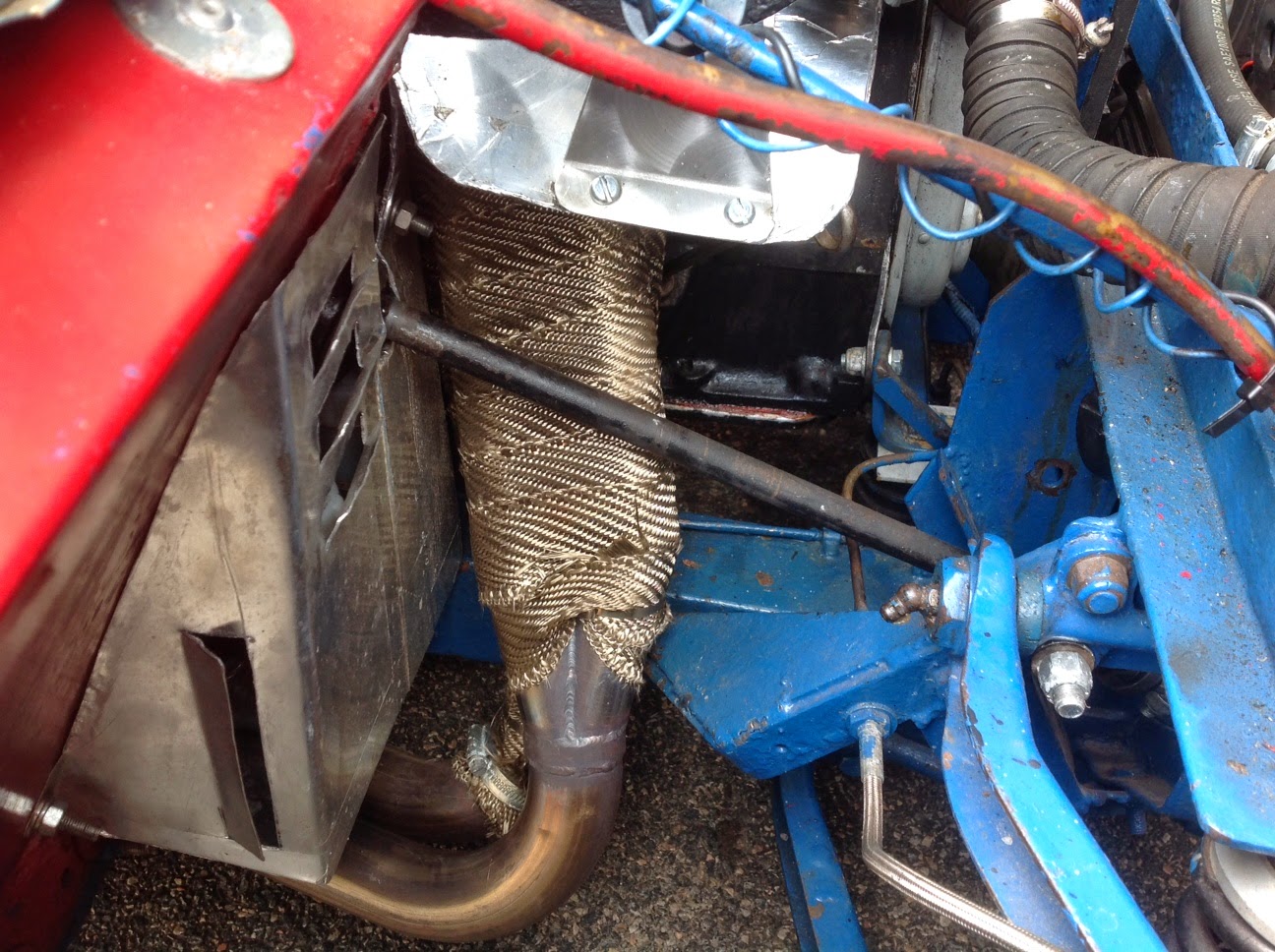 The axle has also been changed for a re bracketed Morris Marina one with a better diff ratio, Martin offered me a run up the road in the car which felt a lot softer sprung at the front and rode the patches and pot holes with a lot less noise and fuss than my EM 789 ERO does. I think he may have had a sticking throttle on the engine as his foot seemed to spend most of it`s time buried on the floor! I would say it is probably the best Triumph powered live axle EM i have ridden in in terms of the way the car handles uneven roads and delivers it`s power. Although not having the outright grunt and revs of a sorted Ford engine there is more than enough in his set up for a lot of fun on the roads. When I eventually get round to assembling my tuned 1300cc Triumph engine and fitting it in 789 I will probably be turning out similar BHP so it has given me a good idea of how my car will go, I will also now be playing around with the front spring rates, mine currently has 200lb springs fitted which make rough roads very harsh and noisy to drive on. 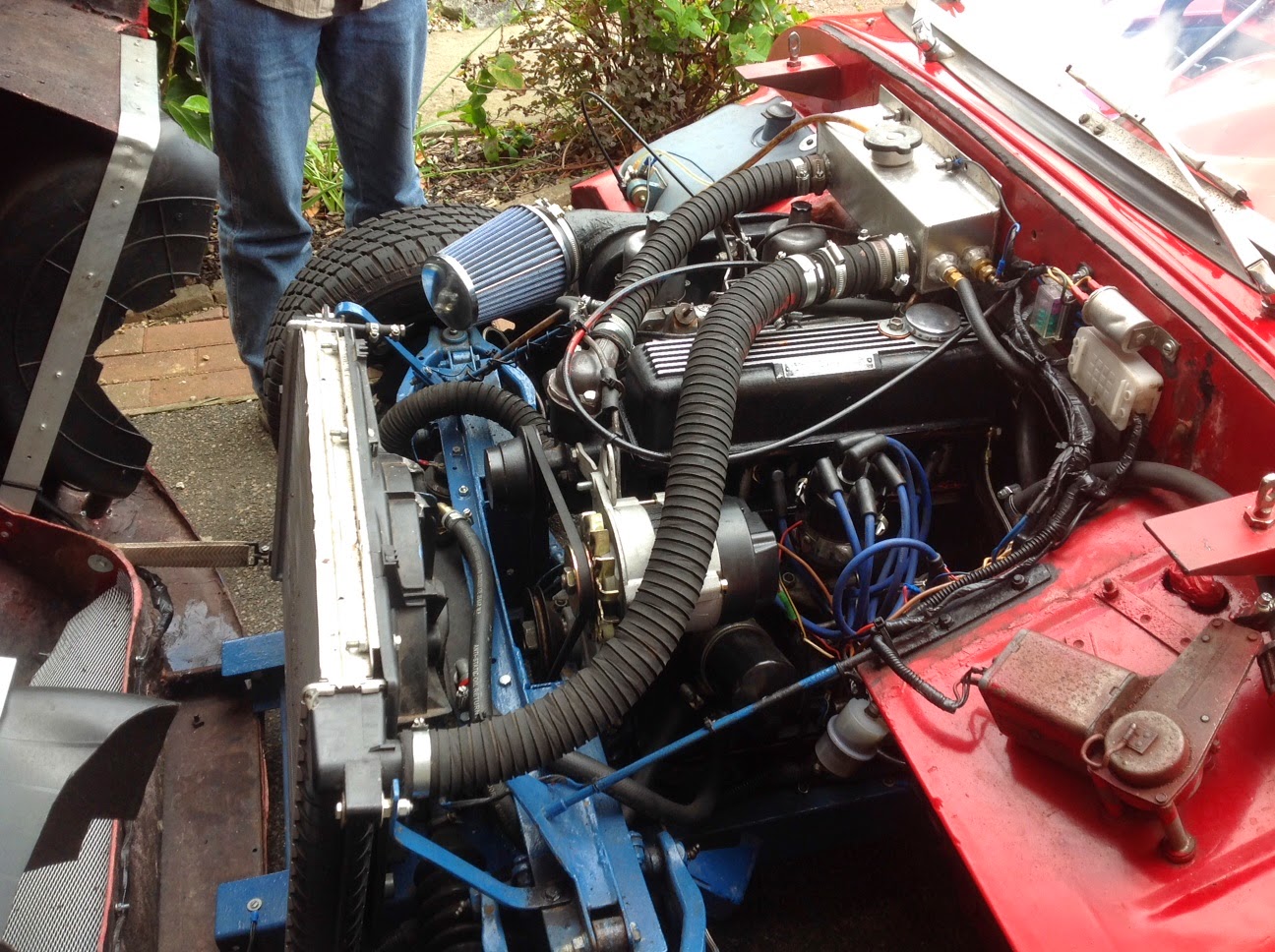 Posted by Martin Collins at 10:23 pm No comments: