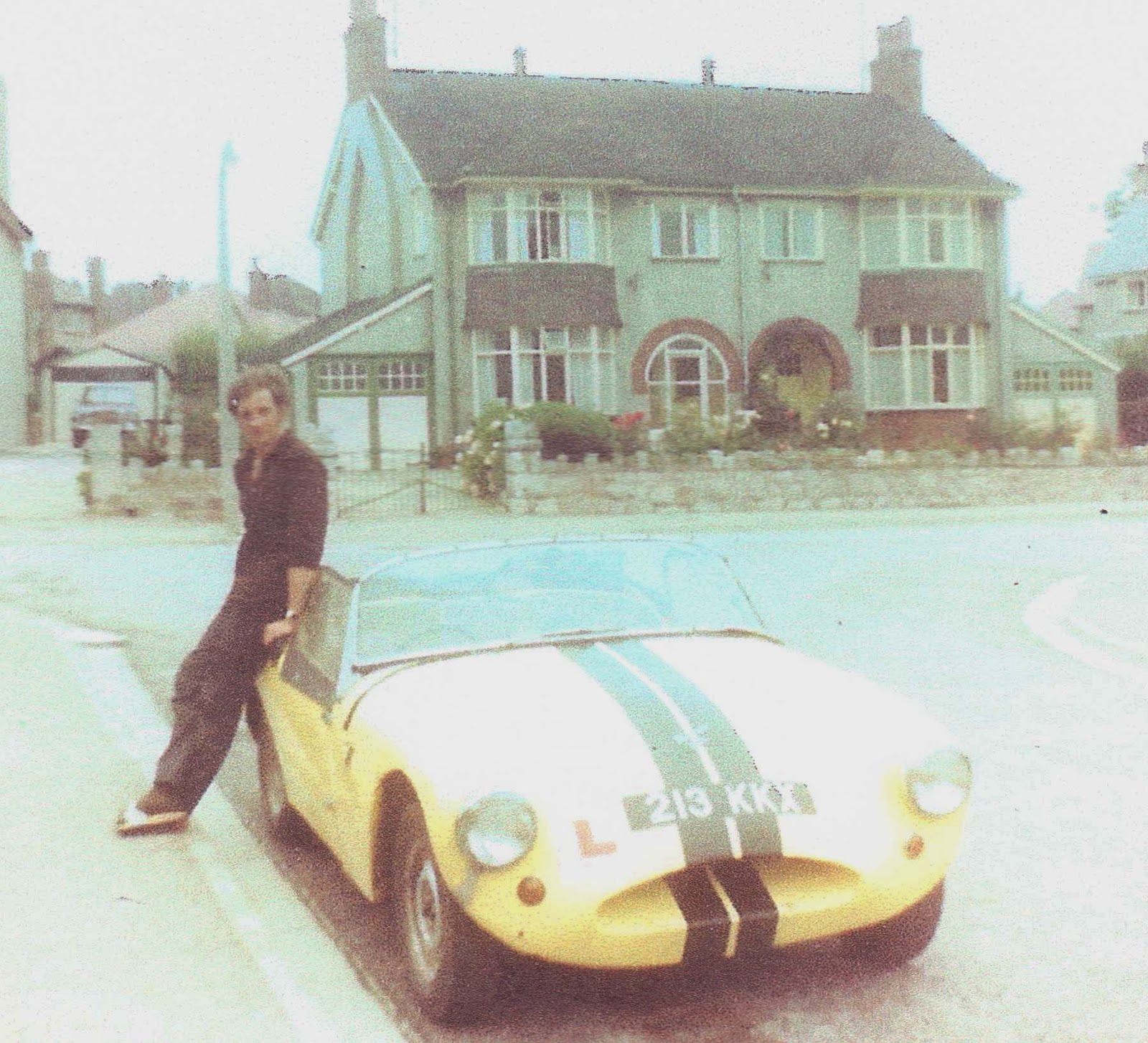 213 KKX was a Mk1 Fairthorpe EM painted yellow with black stripes that had been owned by Andrew Jones a number of years ago. It was heavily modified with Koni adjustable shock absorbers, Triumph Herald steering coloumn and rack. The brakes were modified with Triumph Vitesse discs and calipers and extra instruments were added to help monitor the tuned engine. The original 948cc Standard 10 engine had gone, it`s replacement was an 1147cc Spitfire engine fitted with a high compression head, SAH 46 camshaft and twin 1 1/2" SU carbs. 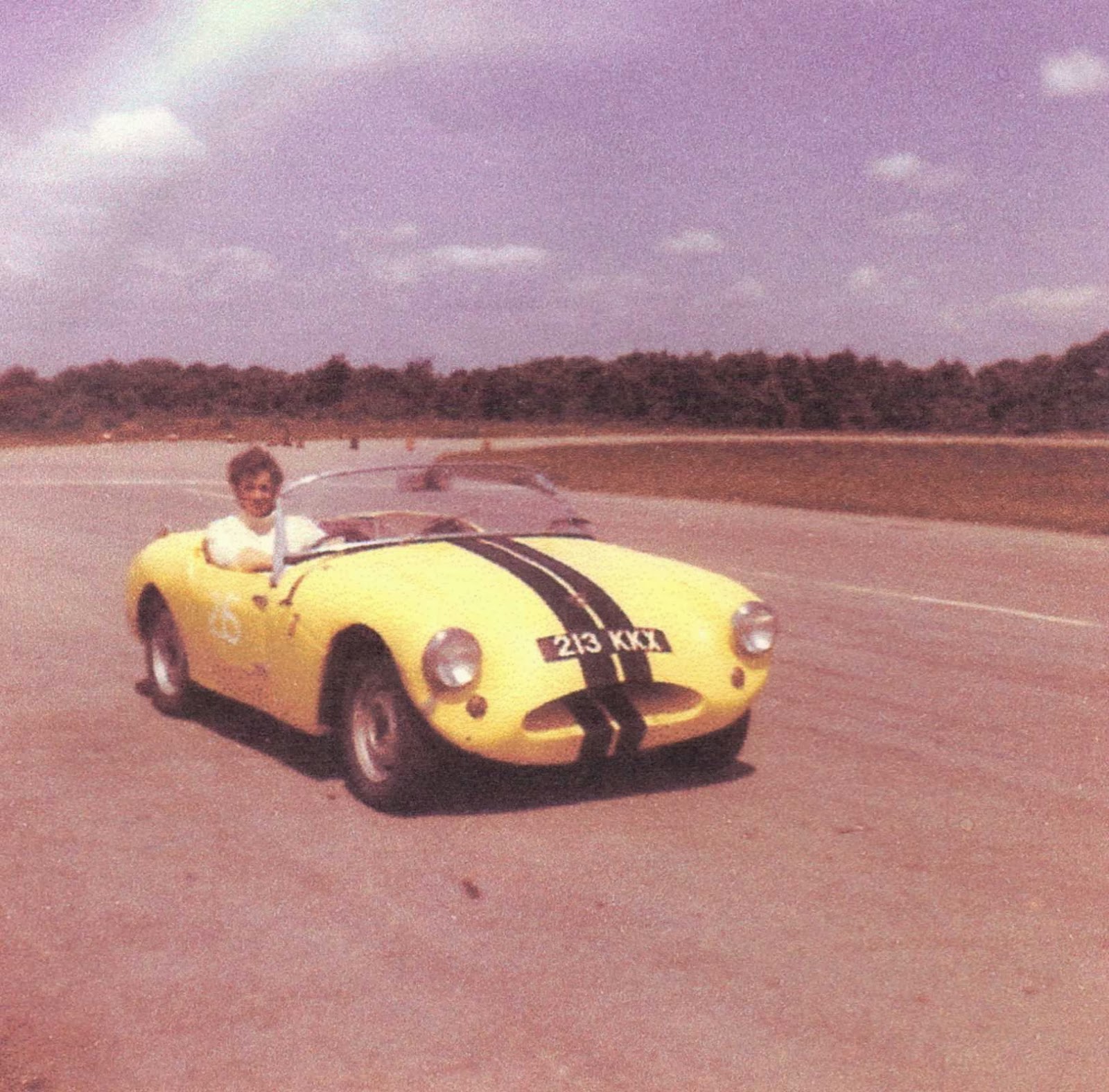 Andrew used the car in a few competitive events including a Sprint at Blackbushe aerodrome, upon arrival he entered the aerodrome through the wrong gate and headed in the direction of the competing cars. He was soon flagged down by a very irate man in a Landrover who `really tore him off a strip` for driving down the runway............

I surmised that the gentleman was probably the airport owner at that time, none other than AVM Don Bennett! 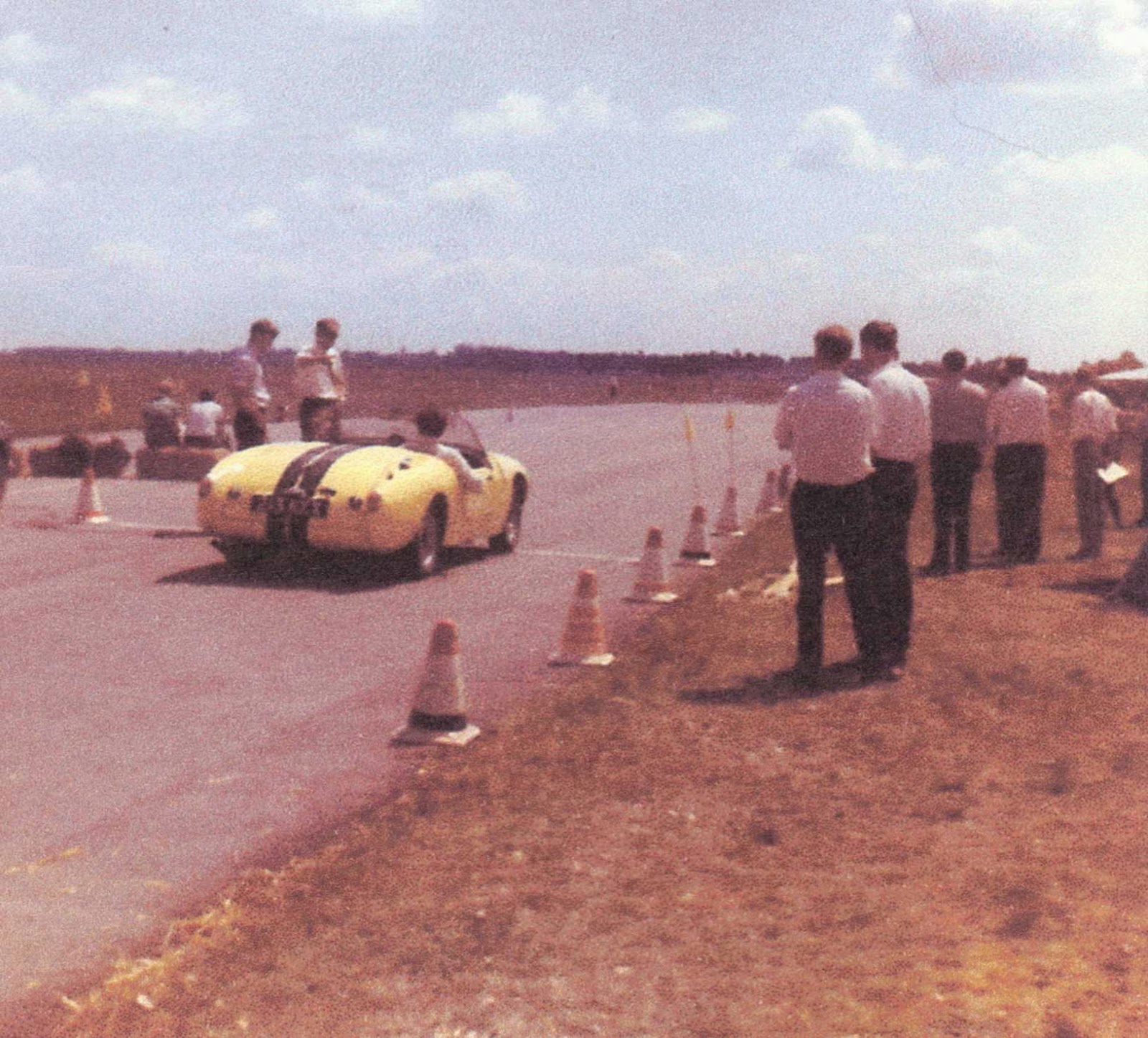 I have been talking to Chris Gale who is the present owner of the car, i was under the impression that he only had the bodyshell  but Chris tells me that he has the whole car which was dug out of a farmers silage pit, so it had rotted badly and smelt horrible.  Chris has the car is in store for future restoration, (presumably once the smell has dissipated!) The paint work at some point in it`s life took on a 60`s look with large flowers painted all over it! 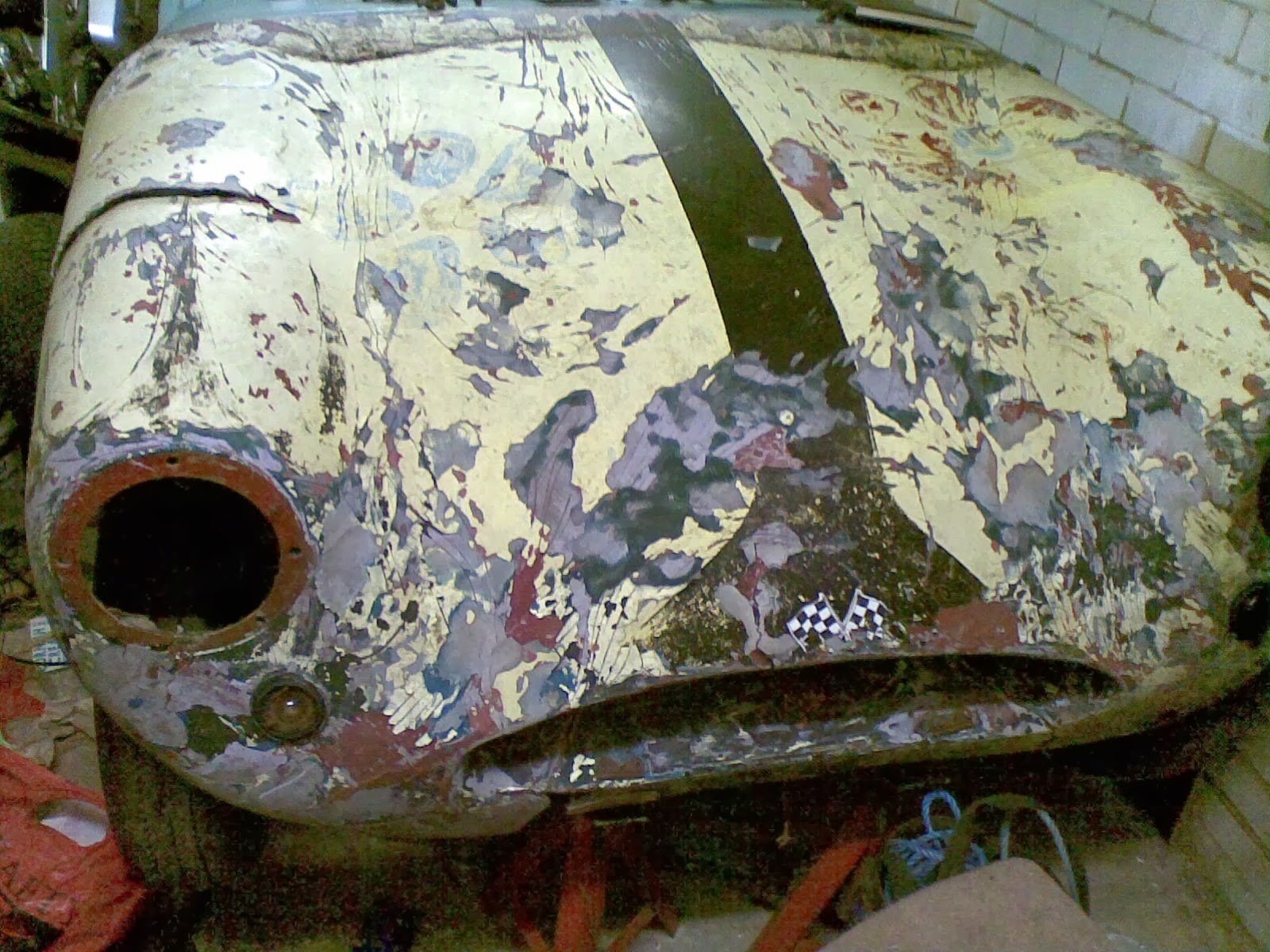 This is yet another Fairthorpe with an interesting story to tell!
Posted by Martin Collins at 8:41 pm No comments: