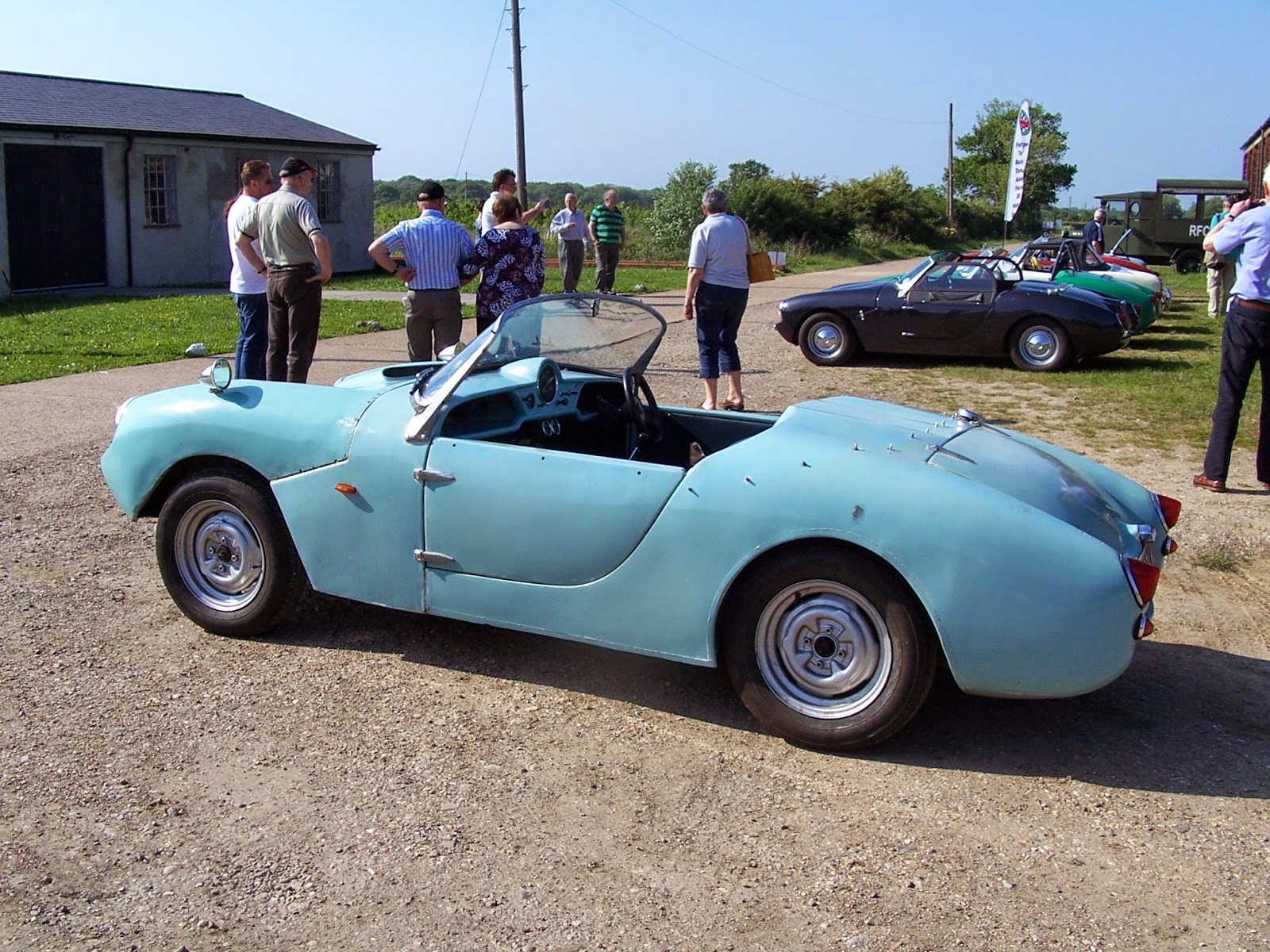 Alan Cooper,s Mk1 EM
Sunday 18th May saw this years FSCC AGM take place at the Stow Maries WW1 aerodrome in Essex, the site was used by the Royal Flying Corps during the first World War but was then left derelict with some of the buildings used by the local farmer until Russell Savory bought a large part of the site and gradually started to restore it to it`s former glory. The aerodrome is a fascinating place and has really come along since our last visit in 2010 for that years Fairthorpe Gathering, Russell gave us a great talk on the history and plans for putting the site back to how it was when the RFC defended these shores from the Zeppelin threat, the Stow Maries website can be found here:-
http://www.stowmaries.com/index.asp 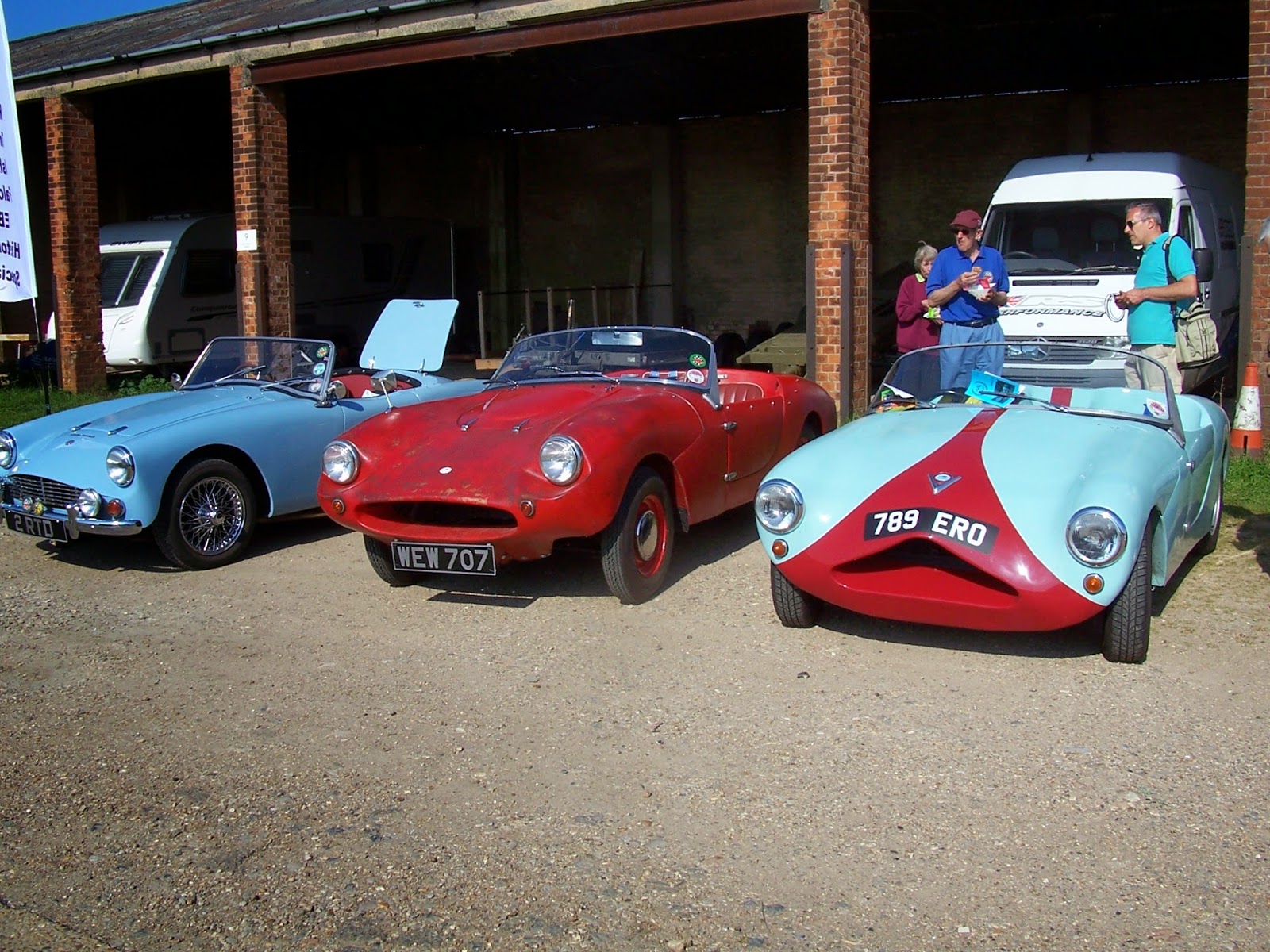 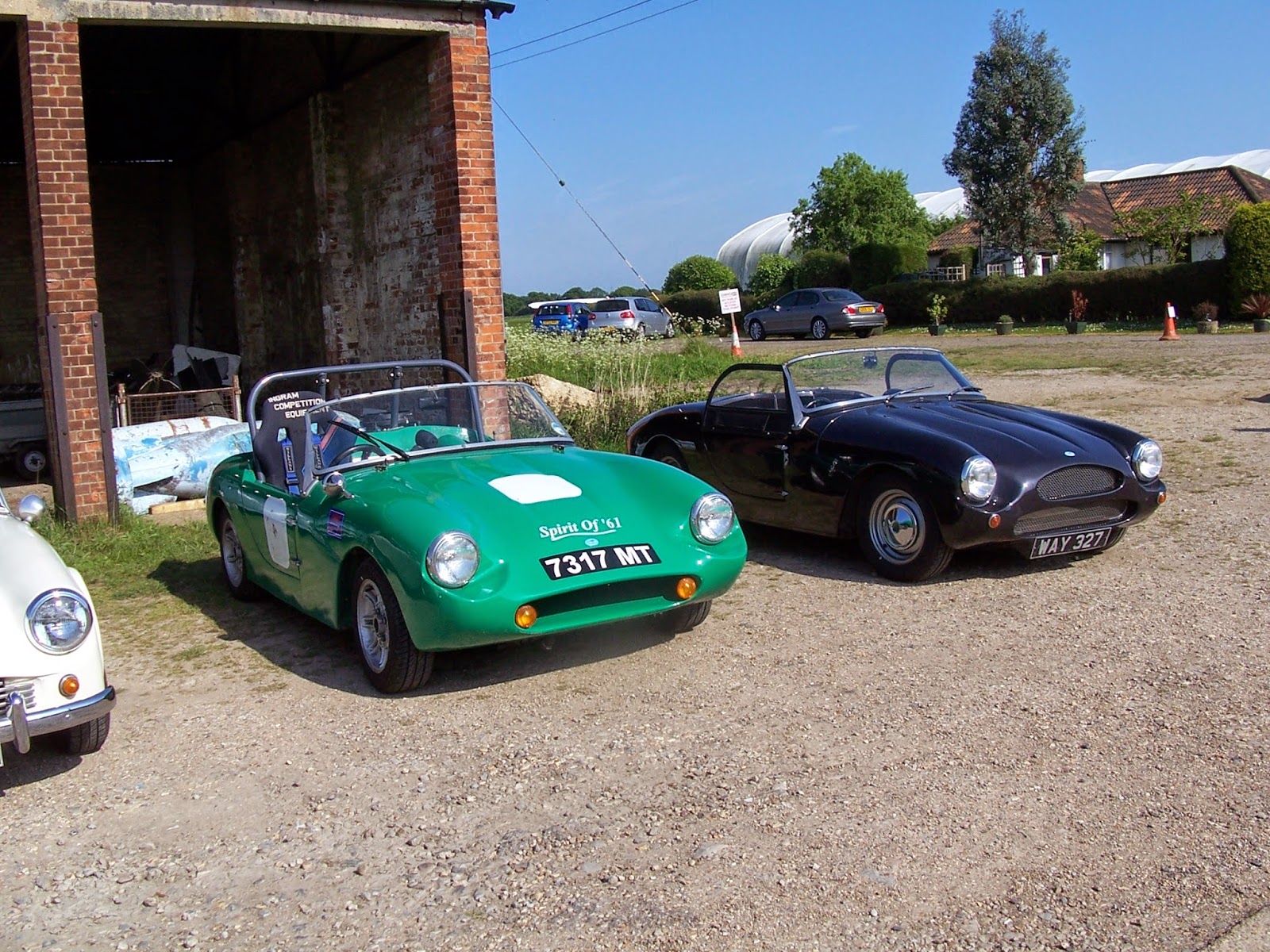 The Ford powered Mk2 EM,s of Andy Winston and Steve Colling
The Fairthorpe Sports Car Club caters for not only Fairthorpes but many of the 50`s and 60`s kit cars and specials including Turners, Tornados, Rochdales, Falcons, Ashleys , EB`s etc each of these has there own register within the club. The AGM always attracts a few of our marque cars along and this year saw 8 cars attend the event in glorious sunshine, there were 5 Fairthorpes, 2 Turners and a Tornado. All the Fairthorpes were Electron Minors, Andy Winston and Steve Colling were in Ford powered Mk2`s, both cars featuring tuned engines with twin Weber 40 carbs. The Mk1`s were represented by my self in 789 ERO and Alan Cooper and Brian Townsend, with their cars making their first trips out to a club event since they had been restored, both cars having been off the road for a number of years, well done guys. 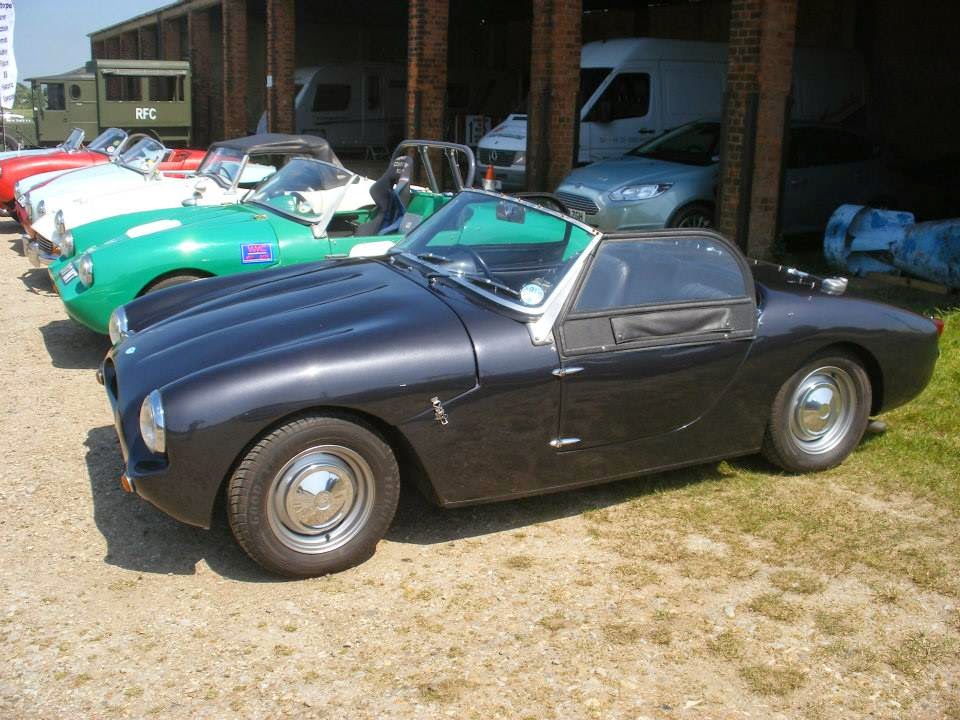 There were 2 trophies to be handed out on the day and Steve Colling won the best Marque car at the event with his superb EM, it always amazes everyone that his car lives out side under trees all year round with only it`s hood for protection. The other trophy was for the furthest travelled to the AGM in a marque car which I took having completed close on 100 miles to reach Stow Maries.
Hopefully we can get some more of that weather for our other events this summer.

Posted by Martin Collins at 3:10 pm